How drones can clean the ocean

Protei is the brain child of Cesar Harada, who we were very fortunate to meet up with while he was on his way up the coast of Africa. In 2010 Cesar quite his dream job and moved to New Orleans to develop a more efficient way to soak up oil. He designed a highly maneuverable, flexible boat, capable of cleaning large tracts of oil quickly. But rather than  turning a profit, he has opted to open-source the design.

Oil drifts downwind, so the idea was to develop Protei to sail upwind and capture more oil.

The objective is to make a fleet (many) unmanned robots that would communicate and swarm together, piloted by swarm algorithm, avoiding collisions and optimizing ocean-cleaning patterns. He aims to harness the forces of nature as he invents innovative remedies for man-made problems like oil spills and radioactive leaks. This is also not the first oil cleaning technology out there, But what this design does has many advantages over other methods. For instance by being remote it does not expose the health of cleaners, it can go very far away from the shore and it can operate continuously at night or in storm condition. It advantages are that it will probably be much cheaper than existing skimming technologies and it is flexible so it does not constitute a danger for fast moving vessels.

Mind you it’s not completely there yet, still in the research and development phase, It does use technology and software that is terribly expensive and complicated to assemble, meaning that it is totally possible to construct at low cost and with conventional materials.

Protei is developed using something called Open hardware, defined as:

"Open Source Hardware (OSHW) is a term for tangible artifacts -- machines, devices, or other physical things -- whose design has been released to the public in such a way that anyone can make, modify, distribute, and use those things. This definition is intended to help provide guidelines for the development and evaluation of licenses for Open Source Hardware. It is important to note that hardware is different from software in that physical resources must always be committed for the creation of physical goods. Accordingly, persons or companies producing items ("products") under an OSHW license have an obligation not to imply that such products are manufactured, sold, warrantied, or otherwise sanctioned by the original designer and also not to make use of any trademarks owned by the original designer."

There are oil spills everywhere in the world, so making an open-source technology will help developing countries set up their own technologies based on Protei.

To get involved or just understand a bit more about the project go to their facebook group http://www.facebook.com/group.php?gid=50492762861. Or email them at contact@protei.org 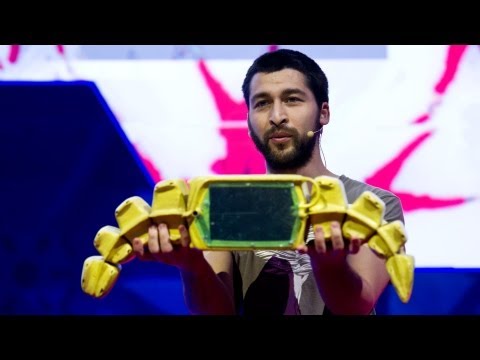 Cesar Harada: A novel idea for cleaning up oil spillshttp://www.ted.com When TED Senior Fellow Cesar Harada heard about the devastating effects of the BP Oil spill in the Gulf of Mexico in 2010, he quit his dream job and moved to New Orleans to develop a more efficient way to soak up the oil. He designed a highly maneuverable, flexible boat capable of cleaning large tracts quickly. But rather than turn a profit, he has opted to open-source the design.