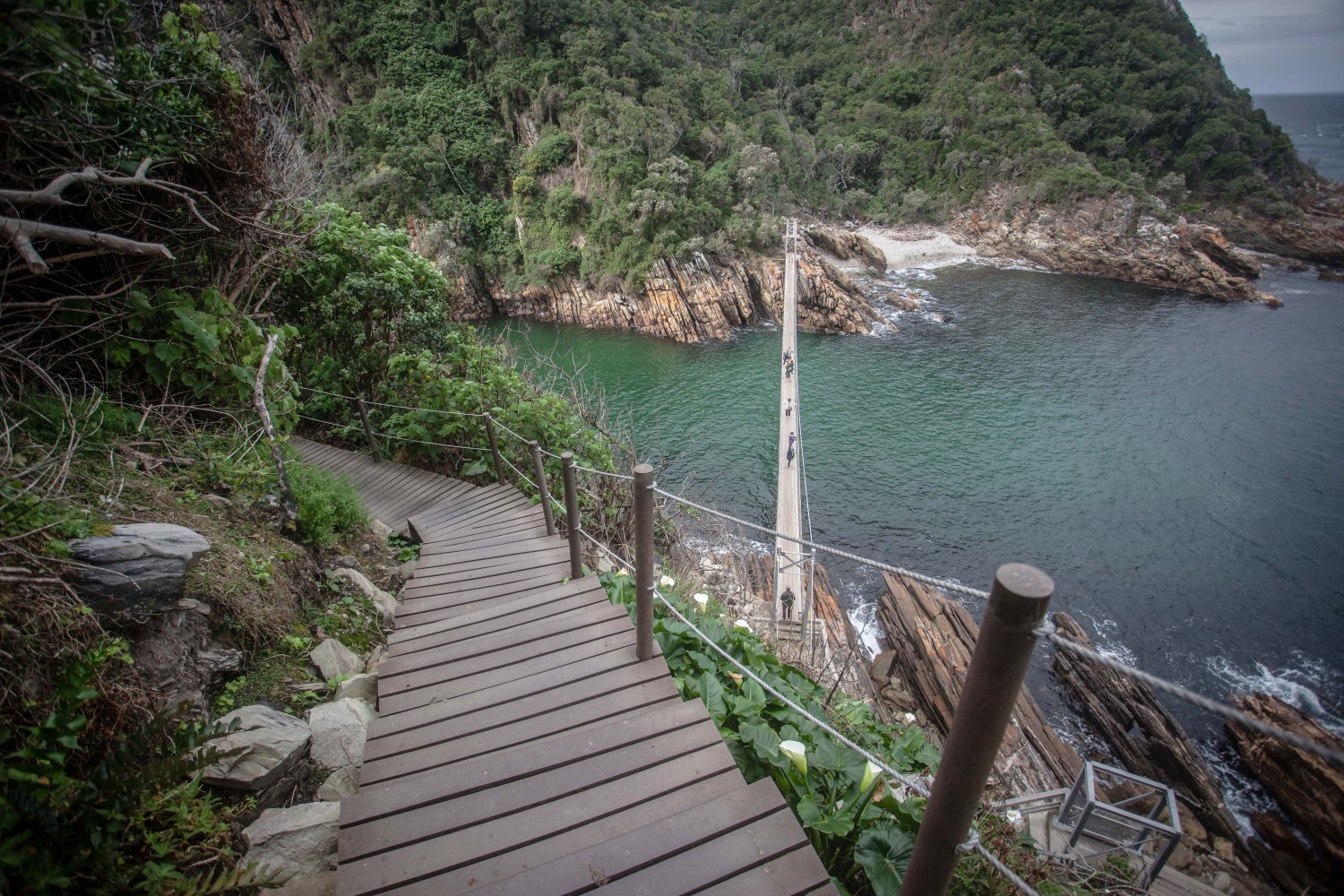 Taking a  #shotleft in the Eastern Cape

"All journeys have secret destinations of which the traveler is unaware.” ~ Martin Buber

The Eastern Cape had my home base for a very long time. I was born in East London and so were my parents before me. Although we moved around a lot and ended up living in Johannesburg, every year we would migrate back down to the coast to see our entire extended family for the Christmas holidays. I even spent four years studying in Grahamstown and as a silly student did a lot of exploring around the Transkei, Port Elizabeth, Knysna, Plett, Jeffery’s ect. So when I got invited on a Shot'left Blogging trip to explore the Cacadu region, in my mind this was my old stomping ground and I knew it very well.

But I really had no idea what it was really like till I saw it through the eyes of a tourist.

The natural beauty of this part of the countryside is really one of my favourites – and this is from a proud Capetonian who thinks that I have it all in my district. So many people like Allison and Koffie from Supertubes Surfing Foundation and are doing an amazing job doing ‘rescue gardening ‘ across Jeffery’s bay in order to restore and protect the amazing fauna in the areas overlooking the famous Supertubes wave. 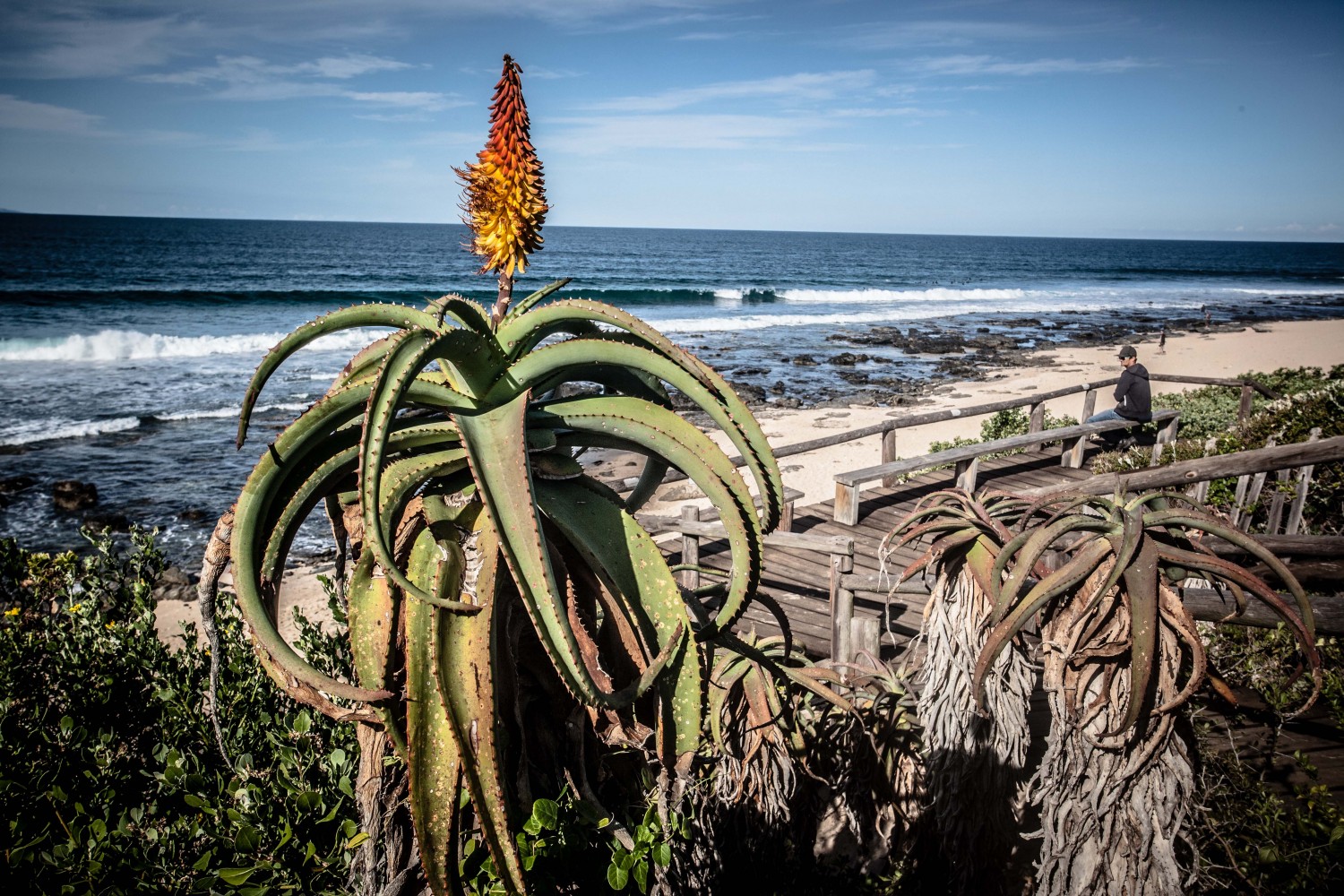 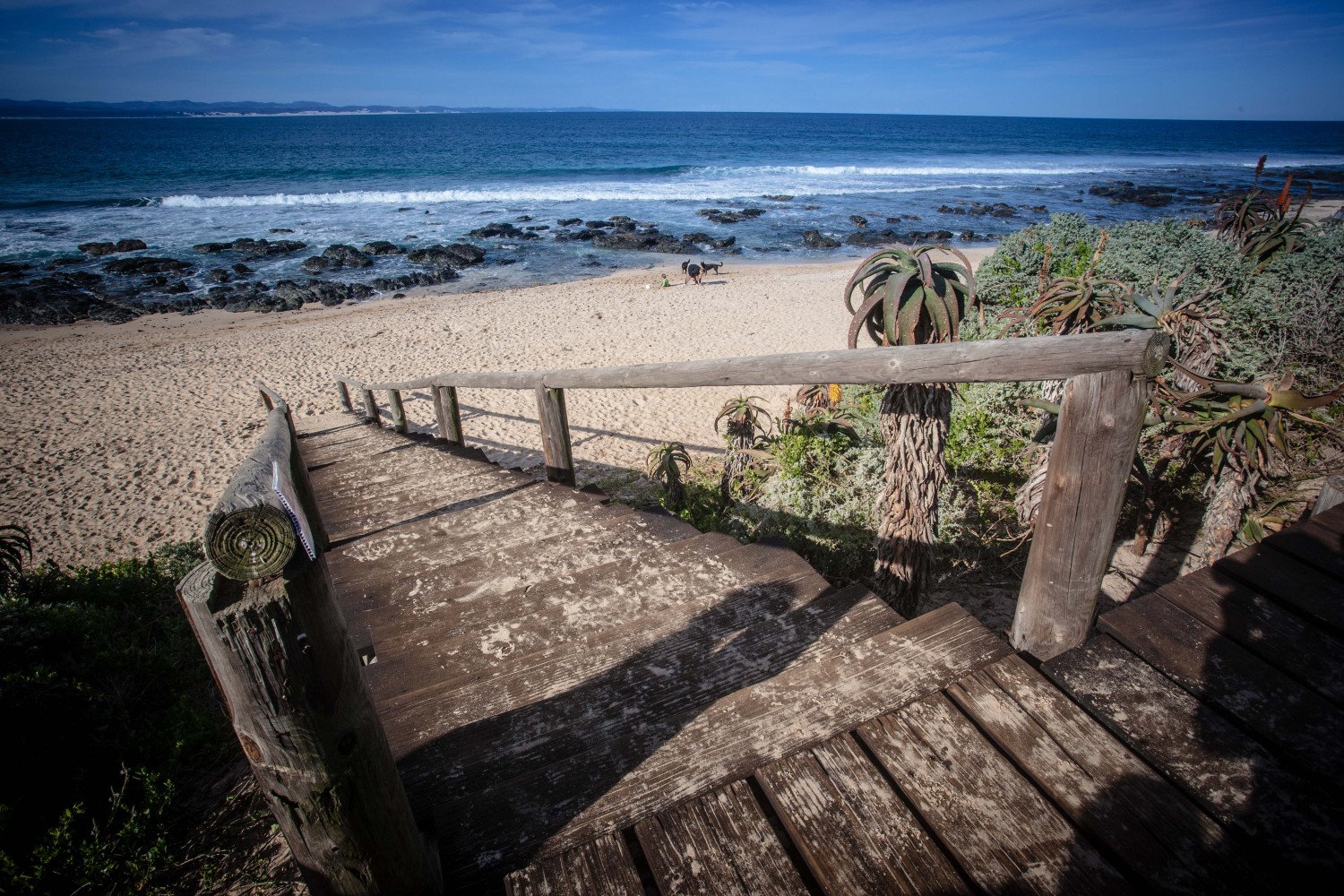 A view over the world famous Supertubes. 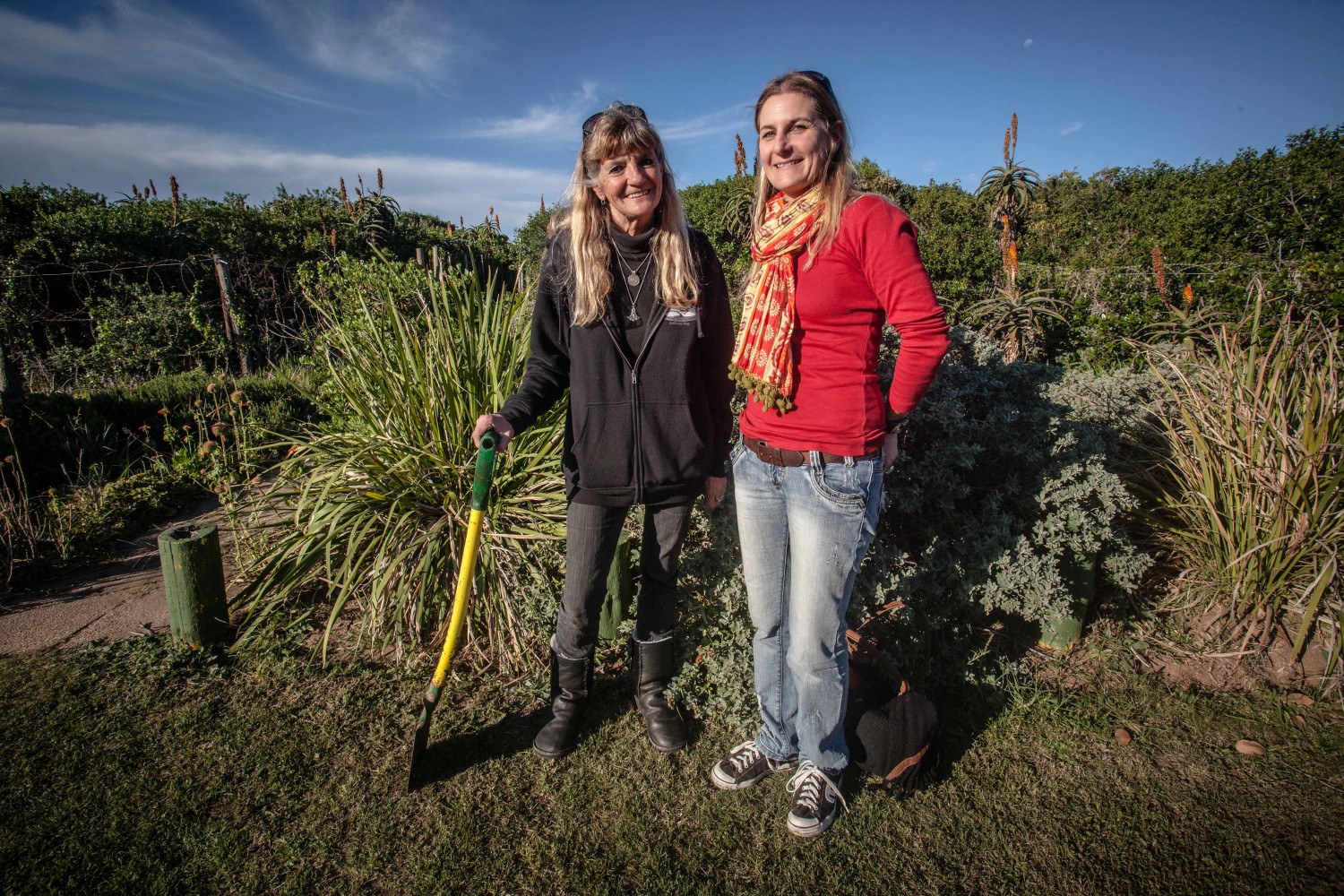 Allison of Supertubes surfing foundation and Jess from J-Bay Tourism pose for pictures. 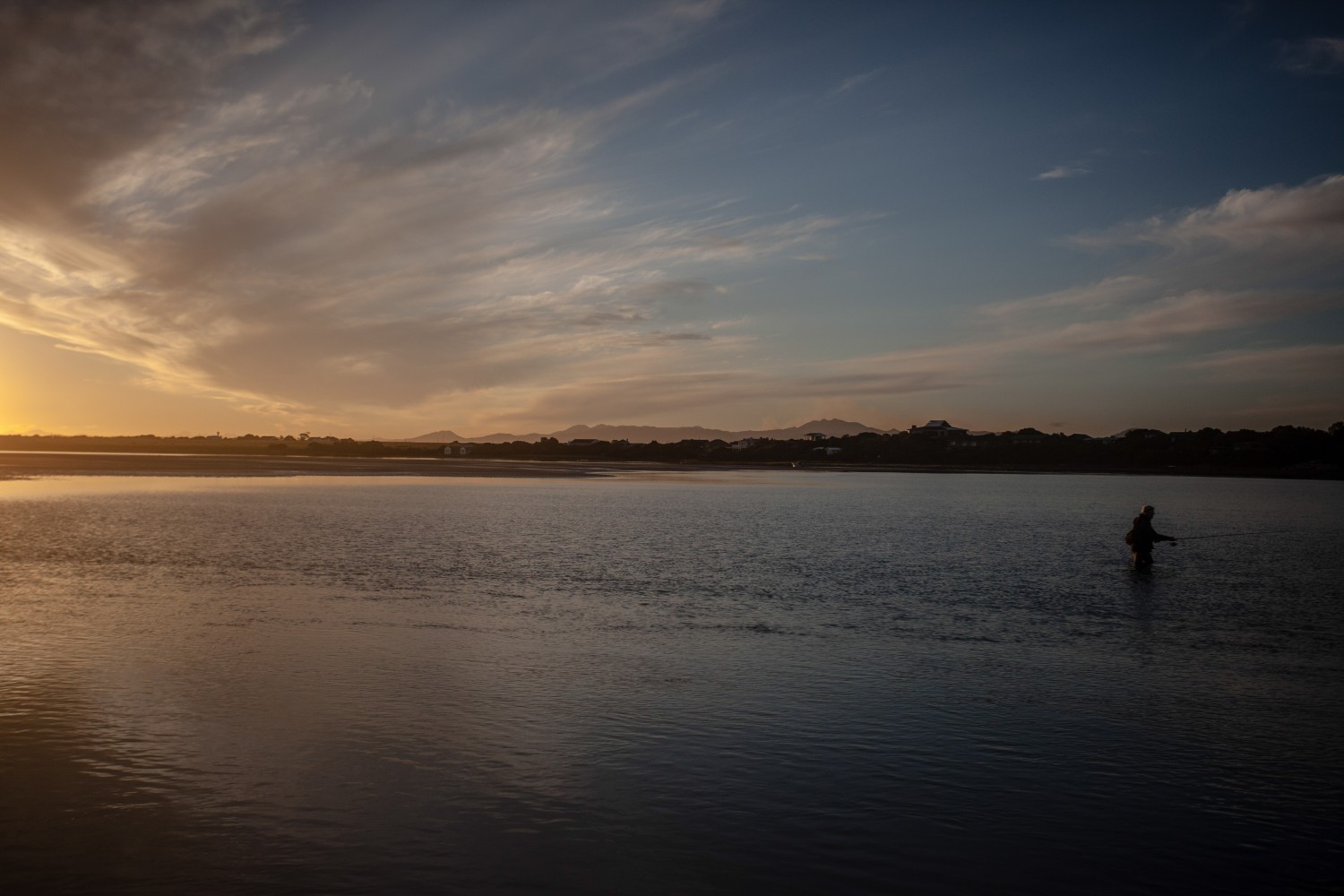 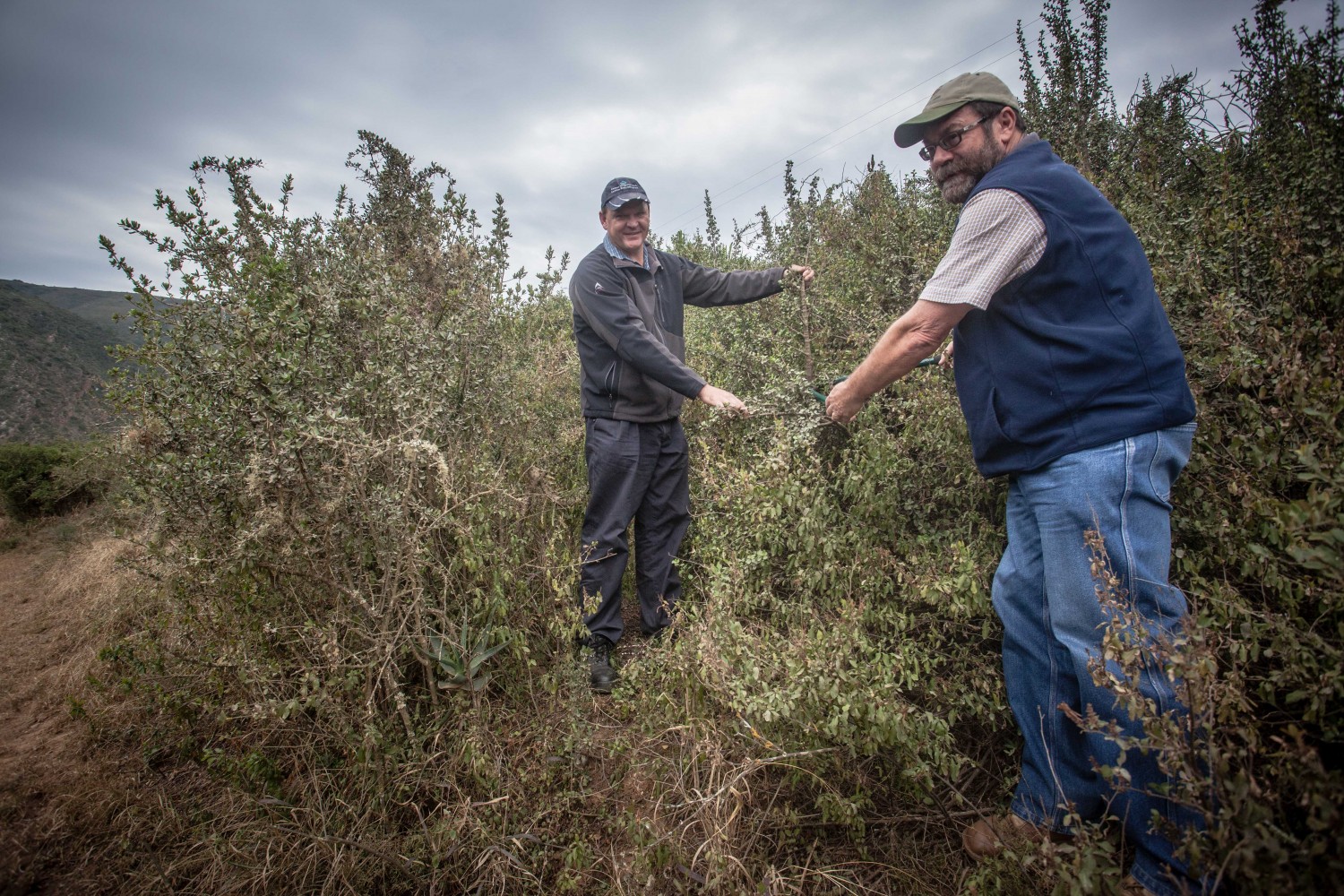 Andrew and Klous who are part of the Gamtoos Irrigation Board  (part of the dpt. of environmental affairs) that are replanting Spekboom across the Cacadu District creating employment and increasing the biodiversity of the area.

But where other areas seem to come a second to the Eastern Cape is in the friendliness and unparalleled hospitably of the locals. Honestly, I have never met such genuinely nice human beings. Meeting with the St Francis Kromme Trust in their quaint heritage center and getting a bottle of the Drone Rangers fynbos honey (which I am now rationing out like it’s the great depression in my home) and learning about all the wonderful education projects they have set up just solidified the feeling that a lot of people choose to live in these kinds of areas because they really care about the landscape and its people and not just because it’s fashionable to. Locals here are getting the kids and holidaymakers involved with ocean and land conservation of the area with swimming safety, art projects, joining in with the very active bird clubs or being part of initiatives like the Talhado Children’s Haven recycle swap shop (one of many in the area) where sorted rubbish is traded in by the local kids for points that they can exchange for things like books, bicycles and home and school supplies. In meeting local J-Bay artist Martin Bakker, who sells his artwork out of the famous Surf Art Photo Shop, I fell in love with one of his etchings and after buying it from him he then gave me a second etching because as he put it, “they both belong together and I can’t let the one go without the other” – and being a starving artist type myself I was a little overwhelmed in that open generosity,but really I should not have been that surprised. 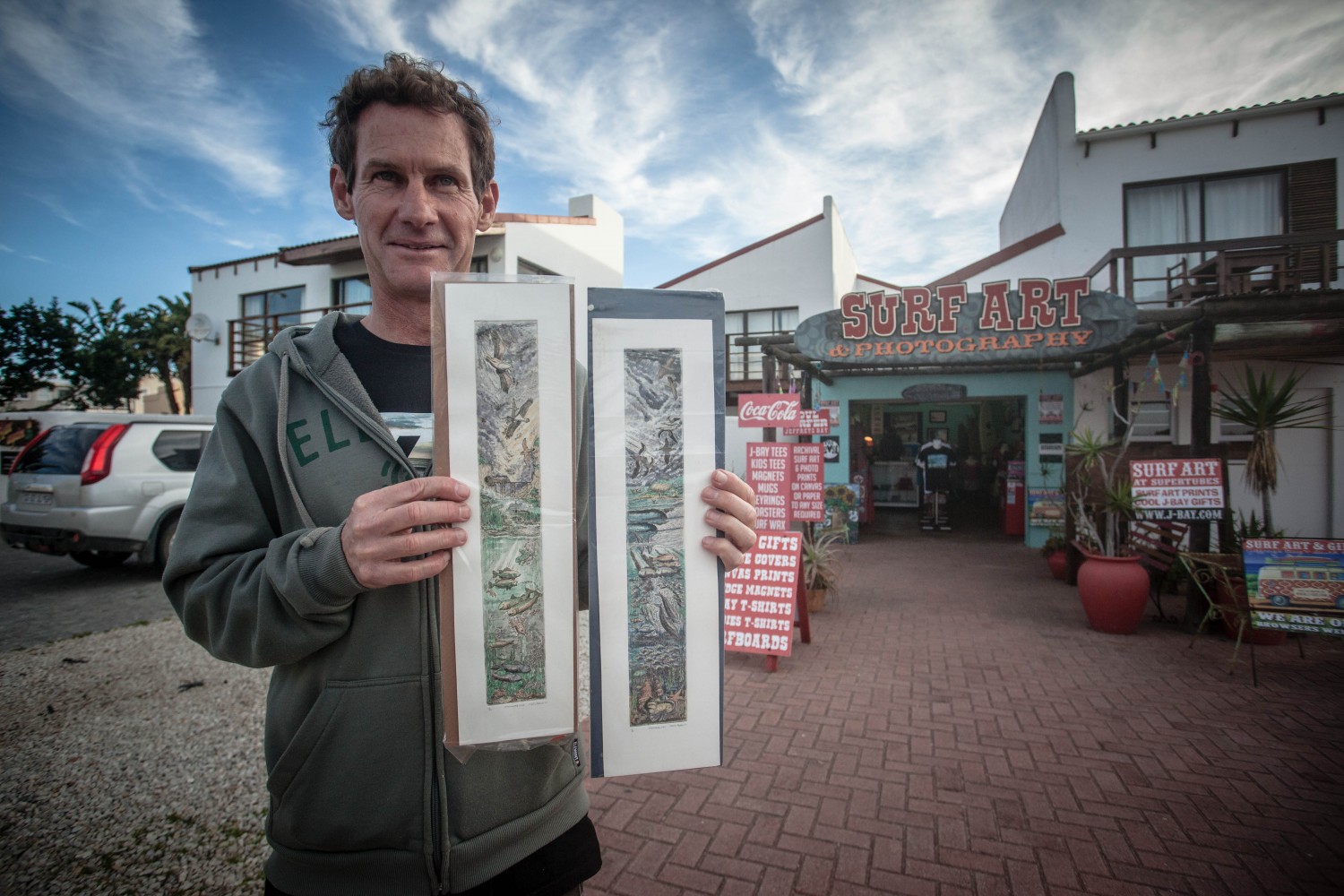 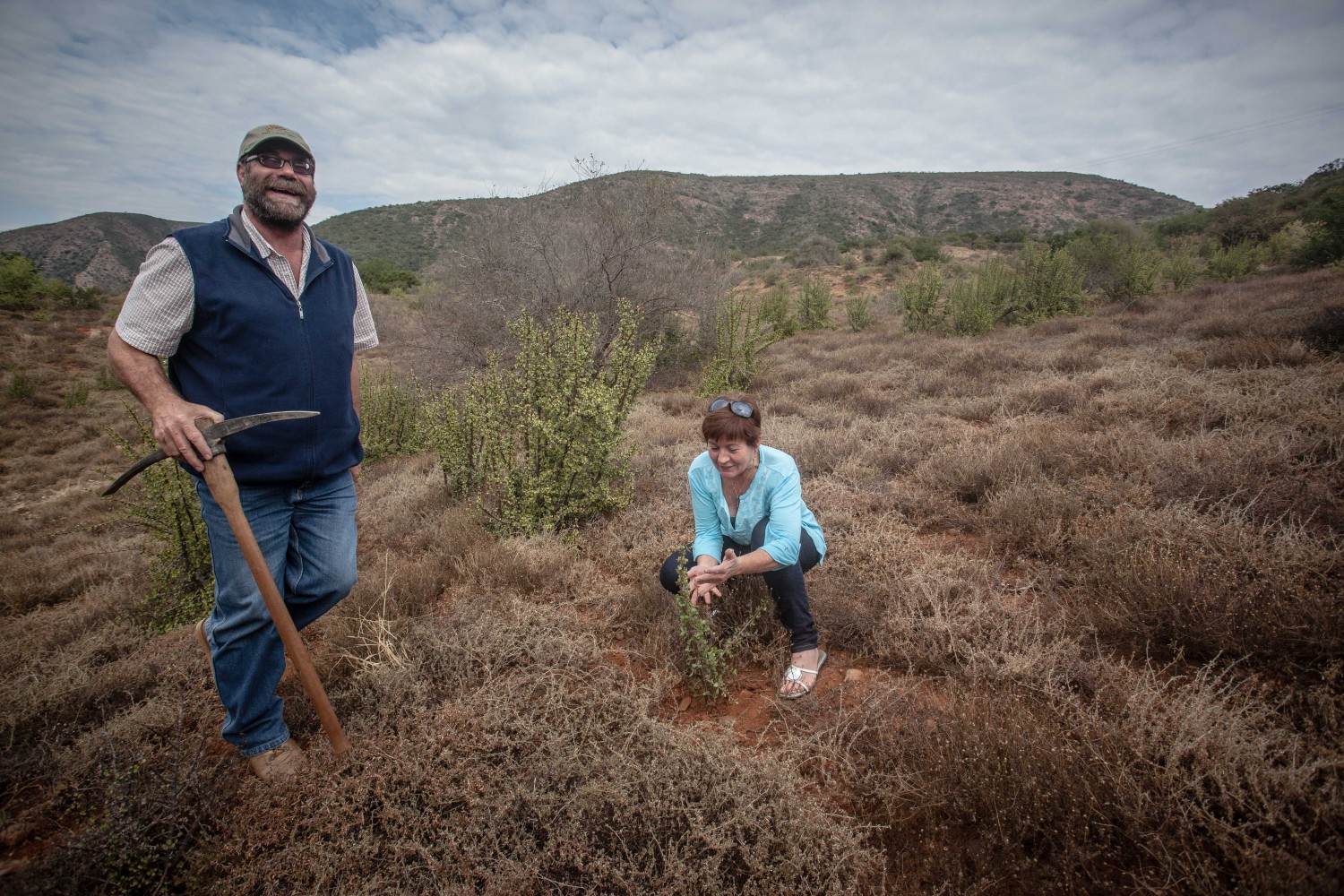 Di plating the Spekboom which took all three of us ages to try and dig a hole for. 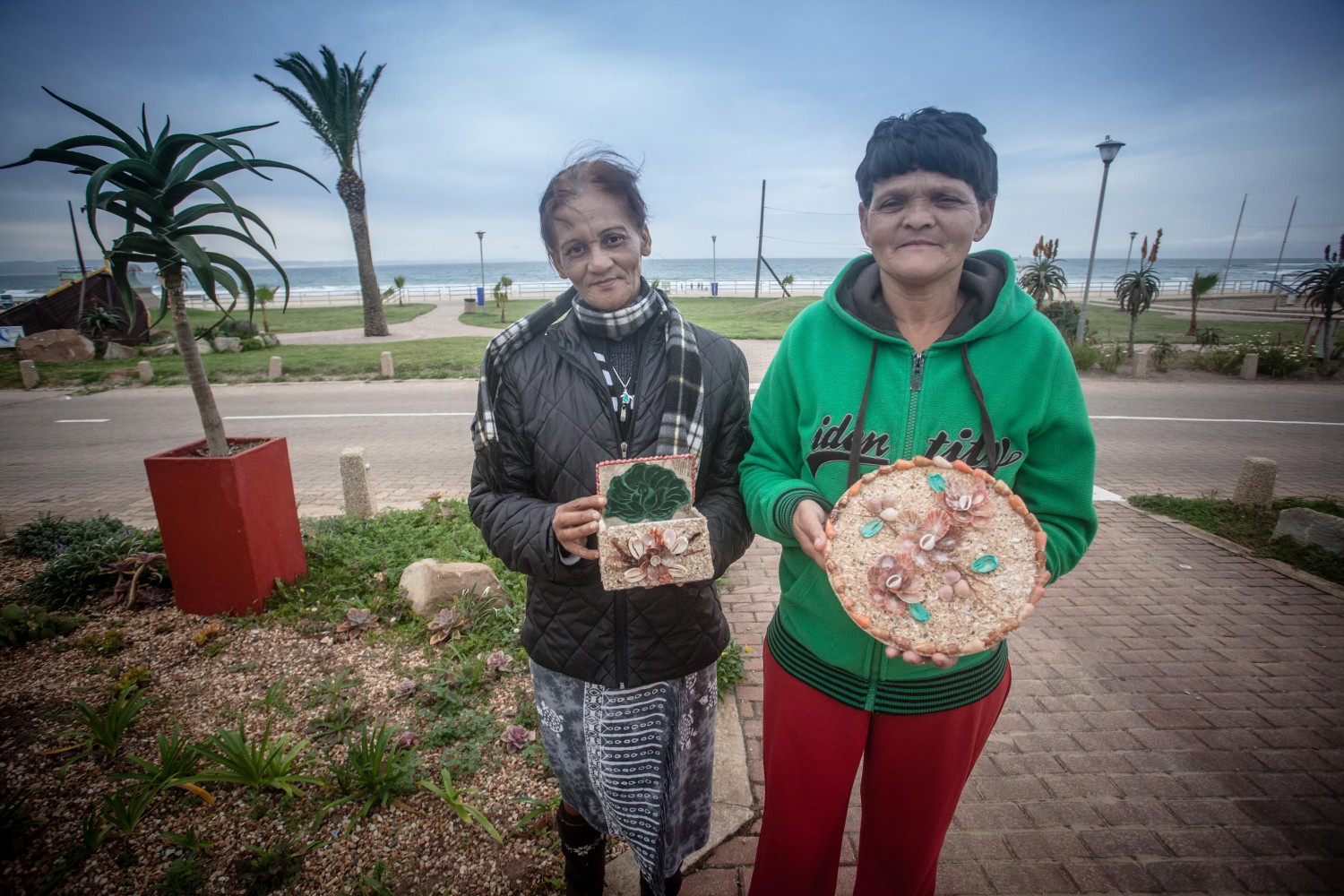 Caroline and Caroline, for the last 50 years generations of their mothers and now they themselves wake up early at low tide at 7 am and walk the beaches till 12 to make jewellery out of the collected shells. 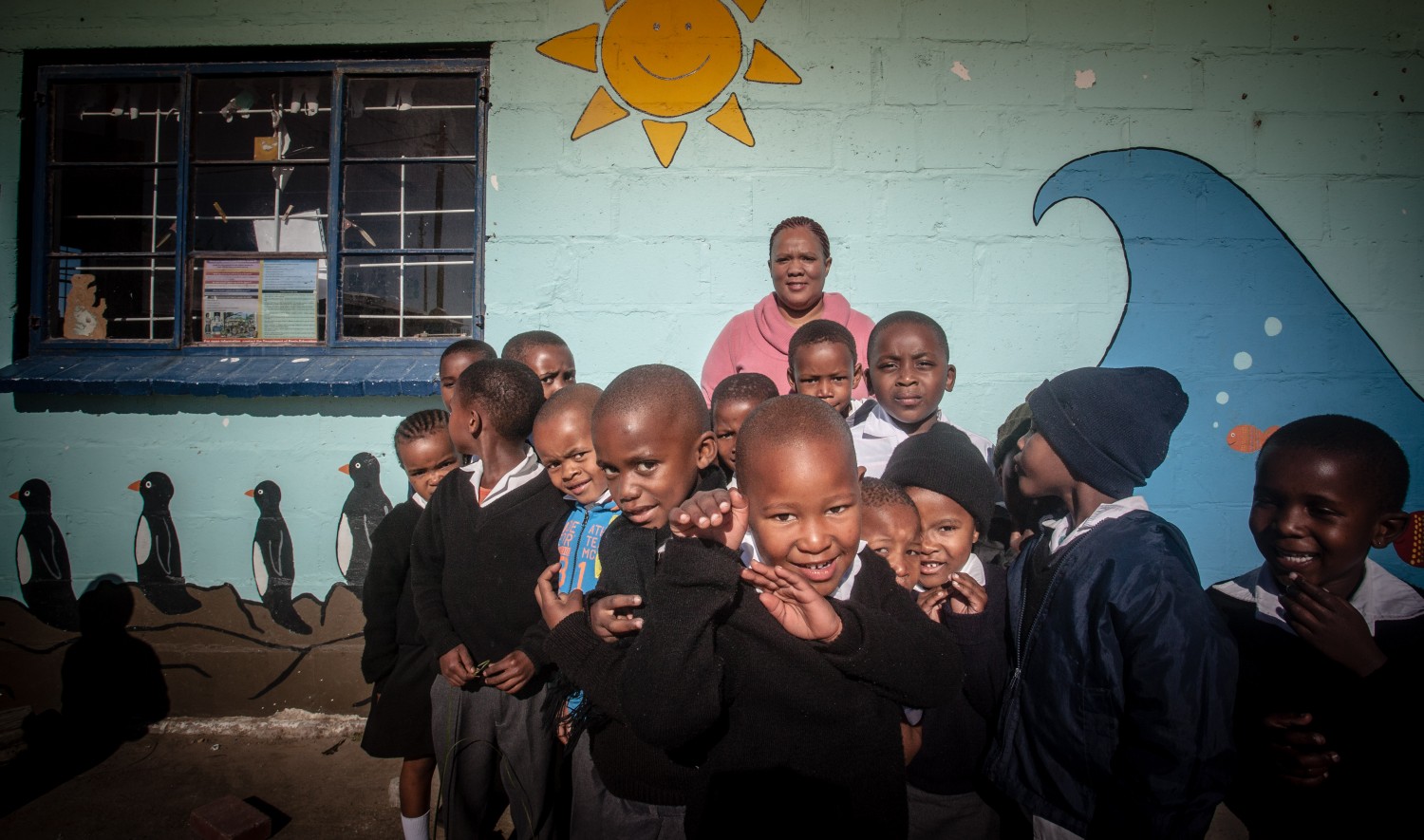 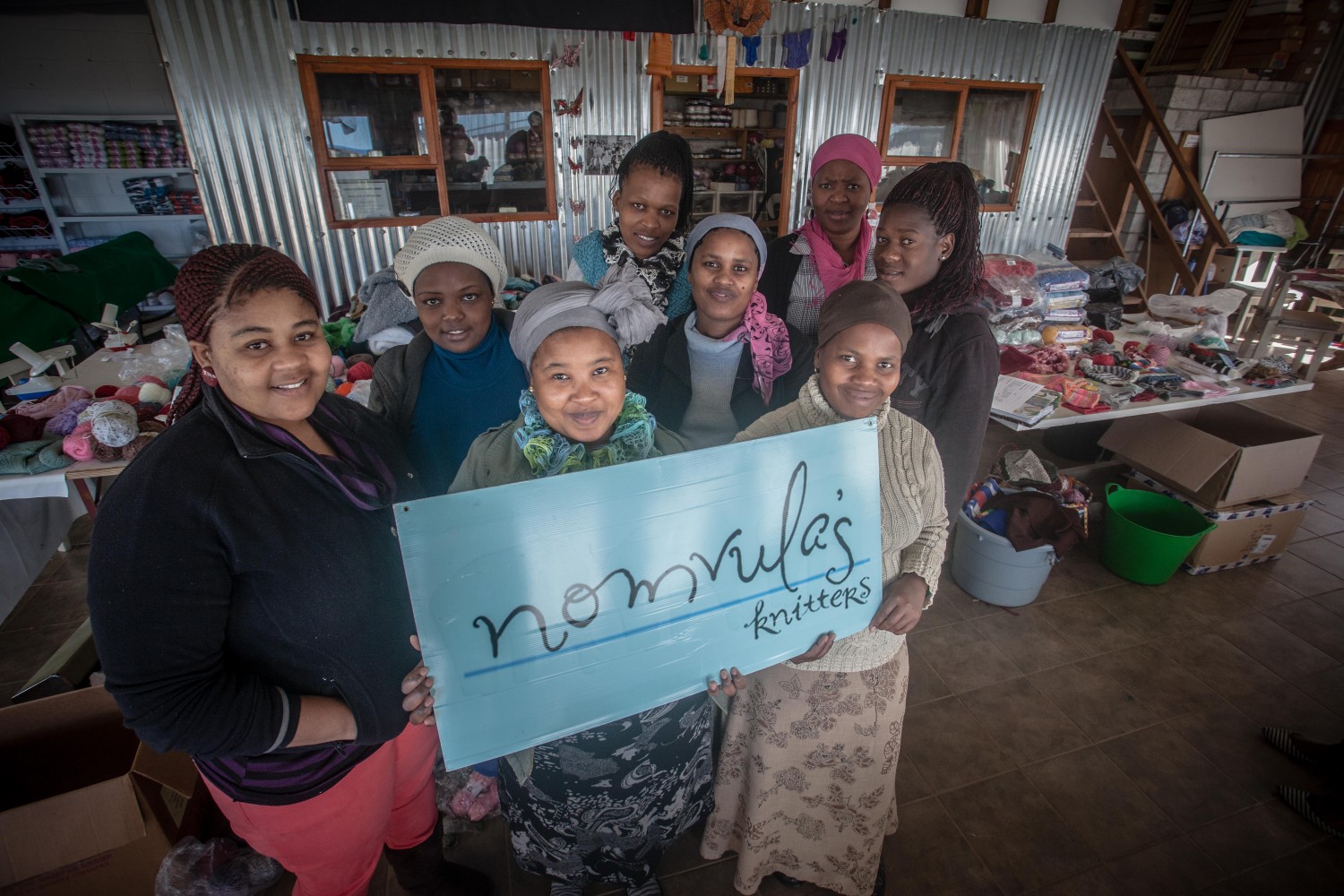 The ladies of Nomvula's Knitters with their winter wooly creations 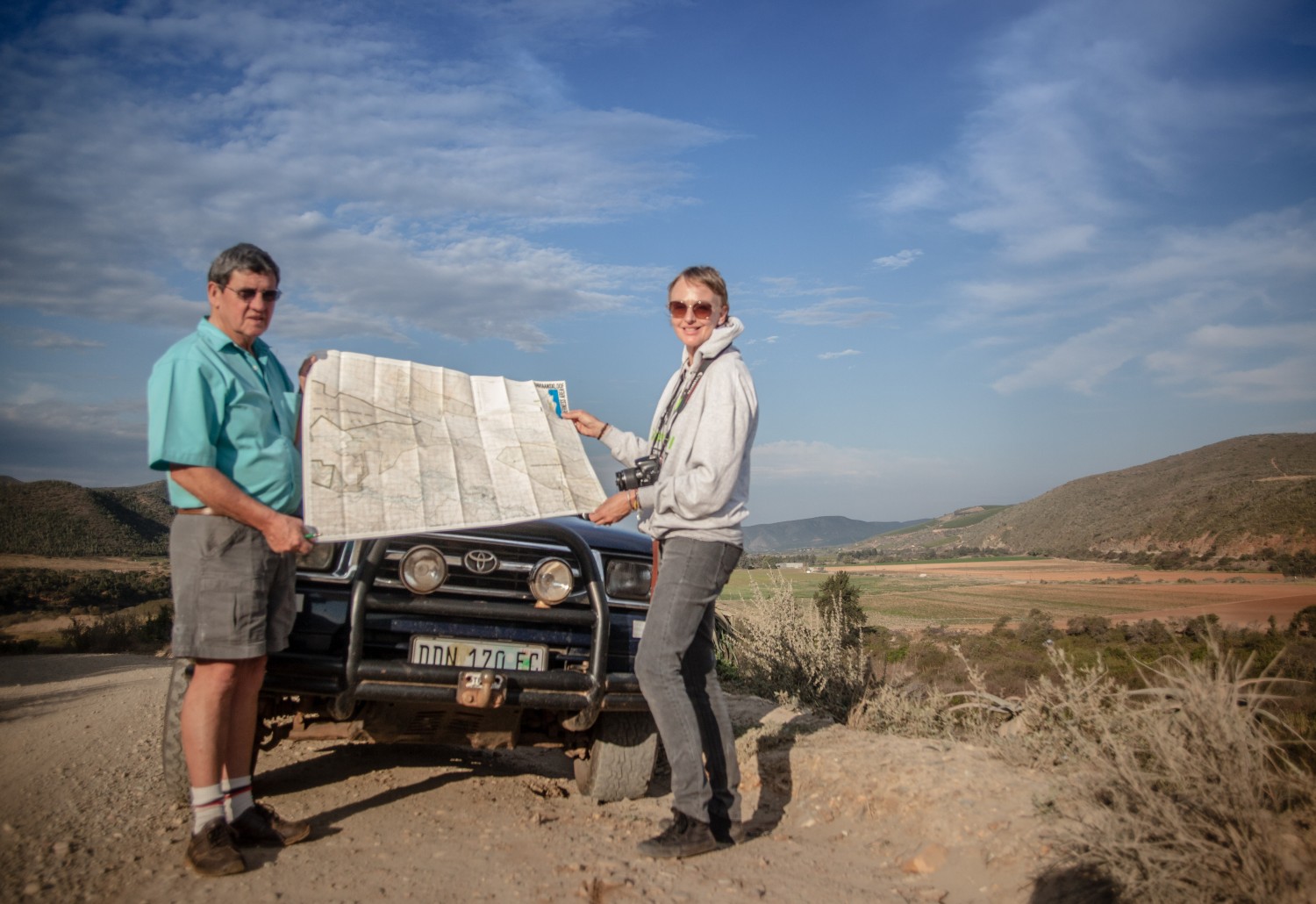 They are a creamed spinach and butternut with their meat kind of people and I get the feeling that if your car happened to break down around these parts you may just get overwhelmed with the amount of help from all quarters that lands in your lap.  In Tolbos farm stall I stood behind a lady and the check out counter, glaring at the back of her neck for ten minutes as she nattered away to the checkout lady about the different species of some kinds of flowering plants in the area. I was hitting beginning the process of making huffing and deep sighing noises to speed up this little exchange so I could pay for my stuff and get back on the road, when I had to stop myself, mid hurumph.

Really what was all the fuss about?

We spend a lot of time and wasted energy moving at such a pace to get to whatever and wherever we are heading that often we don’t stop to connect with anyone. Look sometimes you do genuinely want to be left to your own business, but I forgot that around the Eastern Cape it wont kill you to slow down a little and have a quite chat, in fact it’s the done thing.  A road trip or holiday does not have to be some kind of ongoing roller-coaster of attractions and events where you have no breathing space and return home feeling like you need a holiday from your holiday. Although it does definitely cater to those wilder adventurers amongst us in the form of the Tsitsikamma area with that terrifying bungee jump and river sports, which by the way I have done once and will never be doing again. I have realised over the years that I am a big terra firma fan, hammered home again when Andrew Moon of the Wavescape Surf School in Jeffery’s attempted to take us out on a surfing lesson. Ten points for effort on his part but man there was much flapping and thrashing and swallowed sea water- mostly just from my side.

The smaller towns of the eastern Cape invite you to take your time. Visiting Baviaans with our guide Koobus and learning about the wilderness of the area was sublime, even though I think he was often concerned that these three capetonians in his car might be bored and not entertained, he didn’t need to worry. Driving through the Kloof with no cellphone reception was a real treat, and I think I might have found another one of my all time favourite campsites nestled between the river and the scenic mountains. Patensie means ‘resting places of the cattle’ in the Khoi language and there might only be one restaurant to have a decent dinner in, but dammit the food is wholesome and the vibe is friendly and homely. The same went for Cape St Francis and the spectacular section of the Chokka trail that we walked, hugging the coastline and picking up rubbish as we moved along. I honestly could have just done that all day.

I think this is where the real magic of the eastern Cape comes into play because the region might not have all the frills and spills of the bigger cities and towns, but there are definitely reasons why tourists choose to spend time roaming around. A lot of that has to do with the fact that it wont be the kind of place that will force you into remortgaging your house to be able to have a decent, outdoor holiday. It’s a wonderful place for families and those wanting to get out of the house to hit the bushes, beaches and mountains and even in full holiday season swing there are still intimate places to escape to for some solitude.

I love the quote from Maya Angelou that goes;  "Perhaps travel cannot prevent bigotry, but by demonstrating that all peoples cry, laugh, eat, worry, and die, it can introduce the idea that if we try and understand each other, we may even become friends."

That is what a shot'left should be- get out and see your own country from a different angle, create a memory with the people that are your fellow countrymen and who knows- maybe understand a little more about the amazingly interesting and diverse people that live on this piece of the world with us- who knows, you may even become friends.

So get in your car and hit the road. It won’t cost you much and it will give back in leaps and bounds. 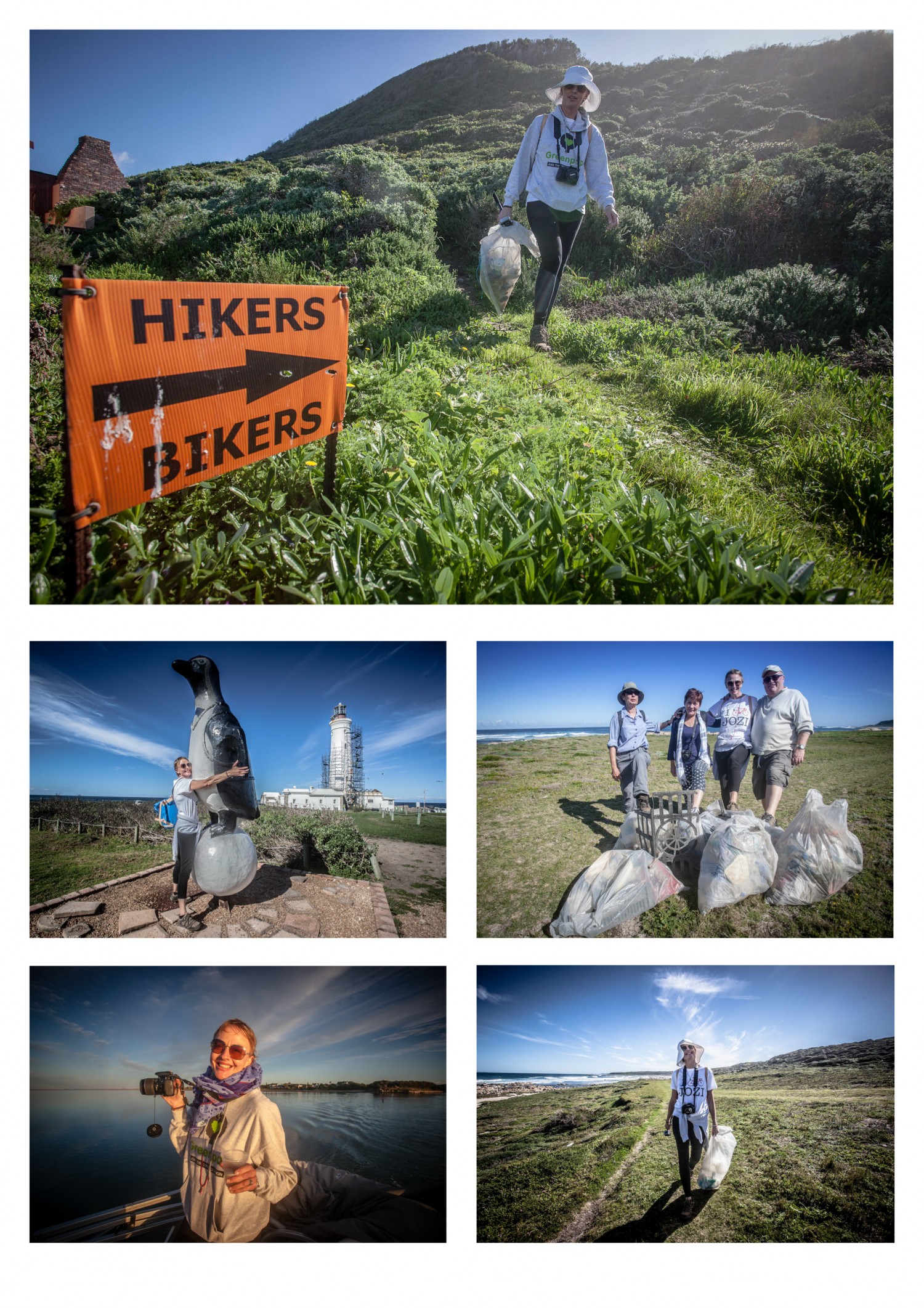 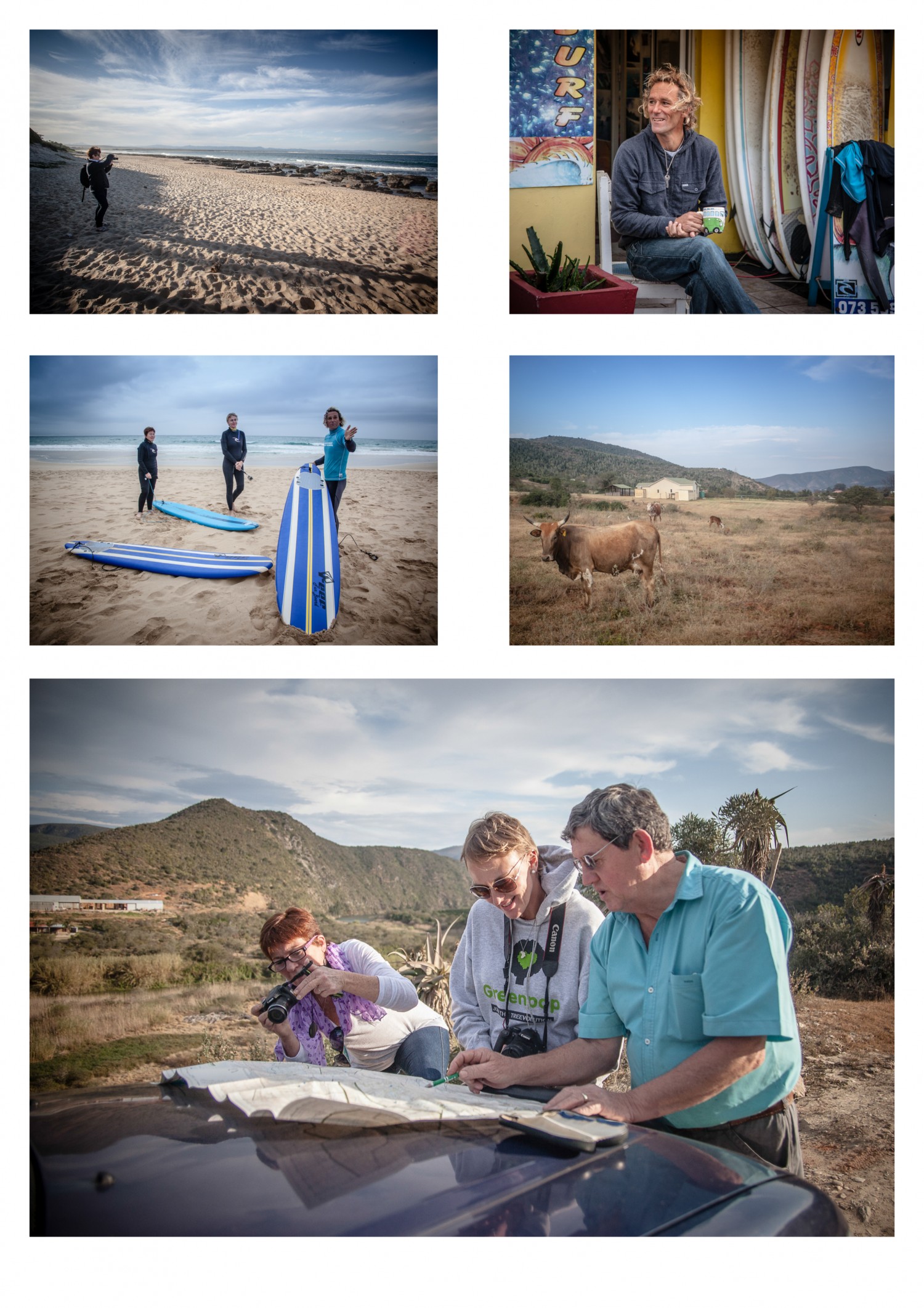 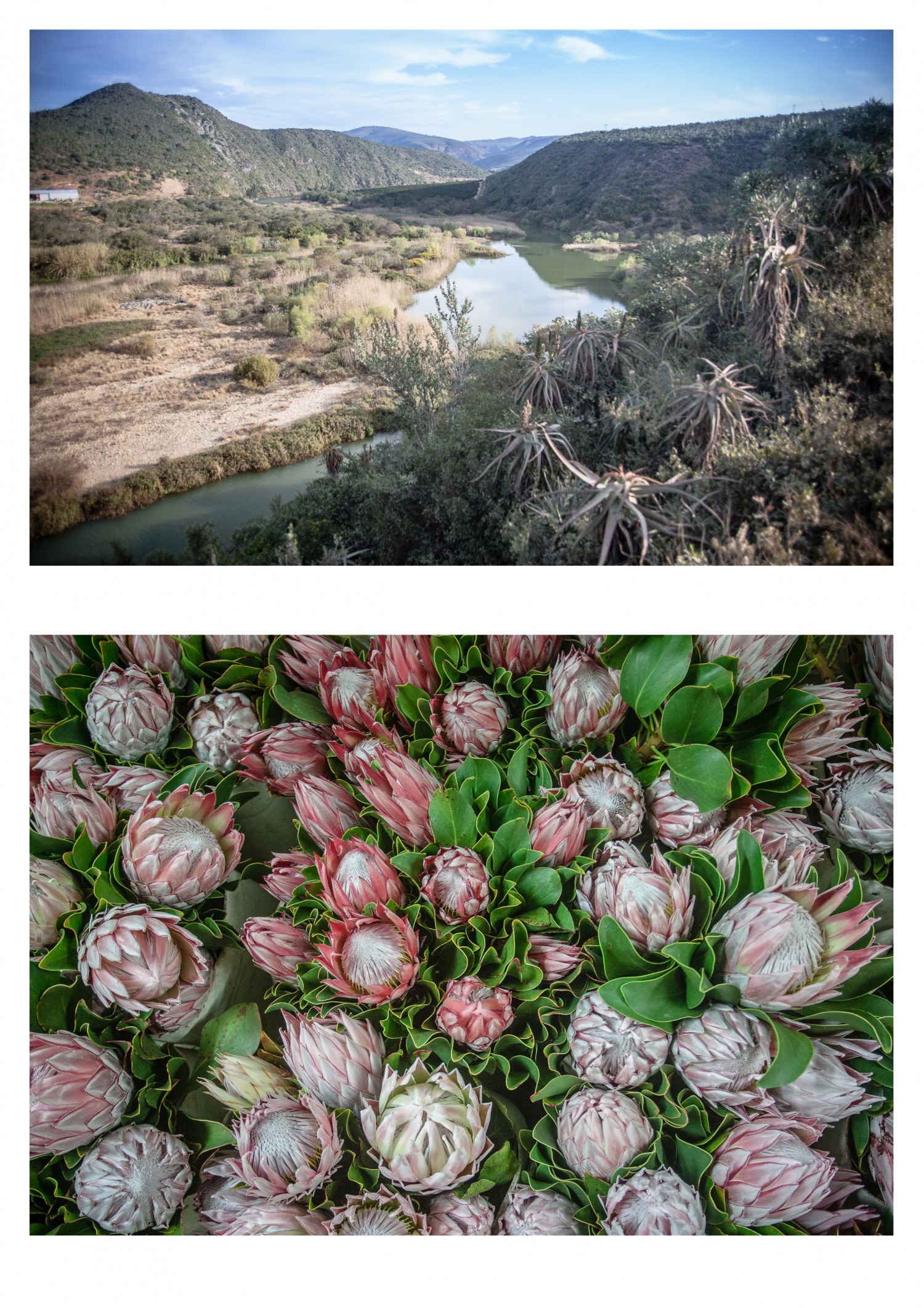 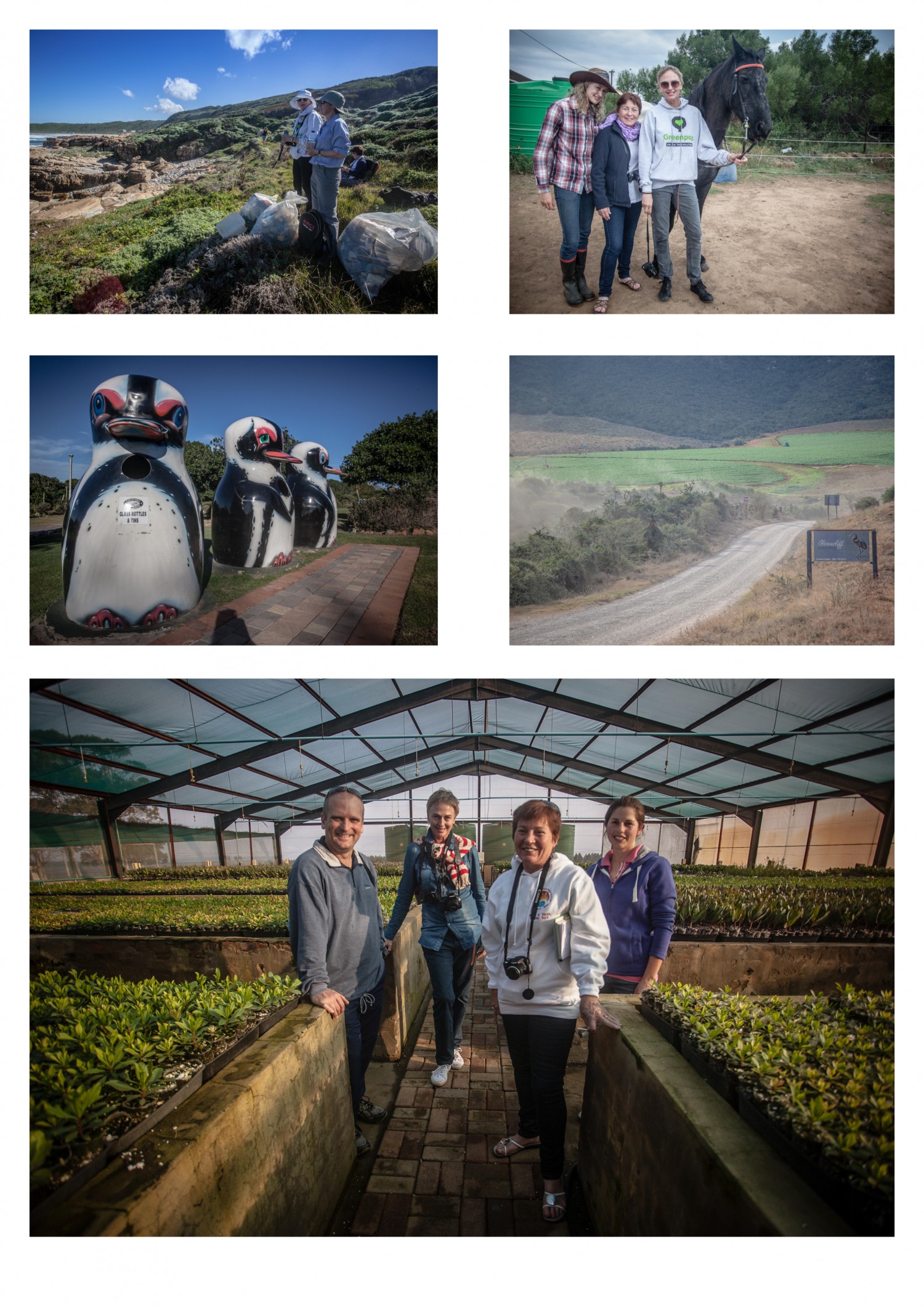 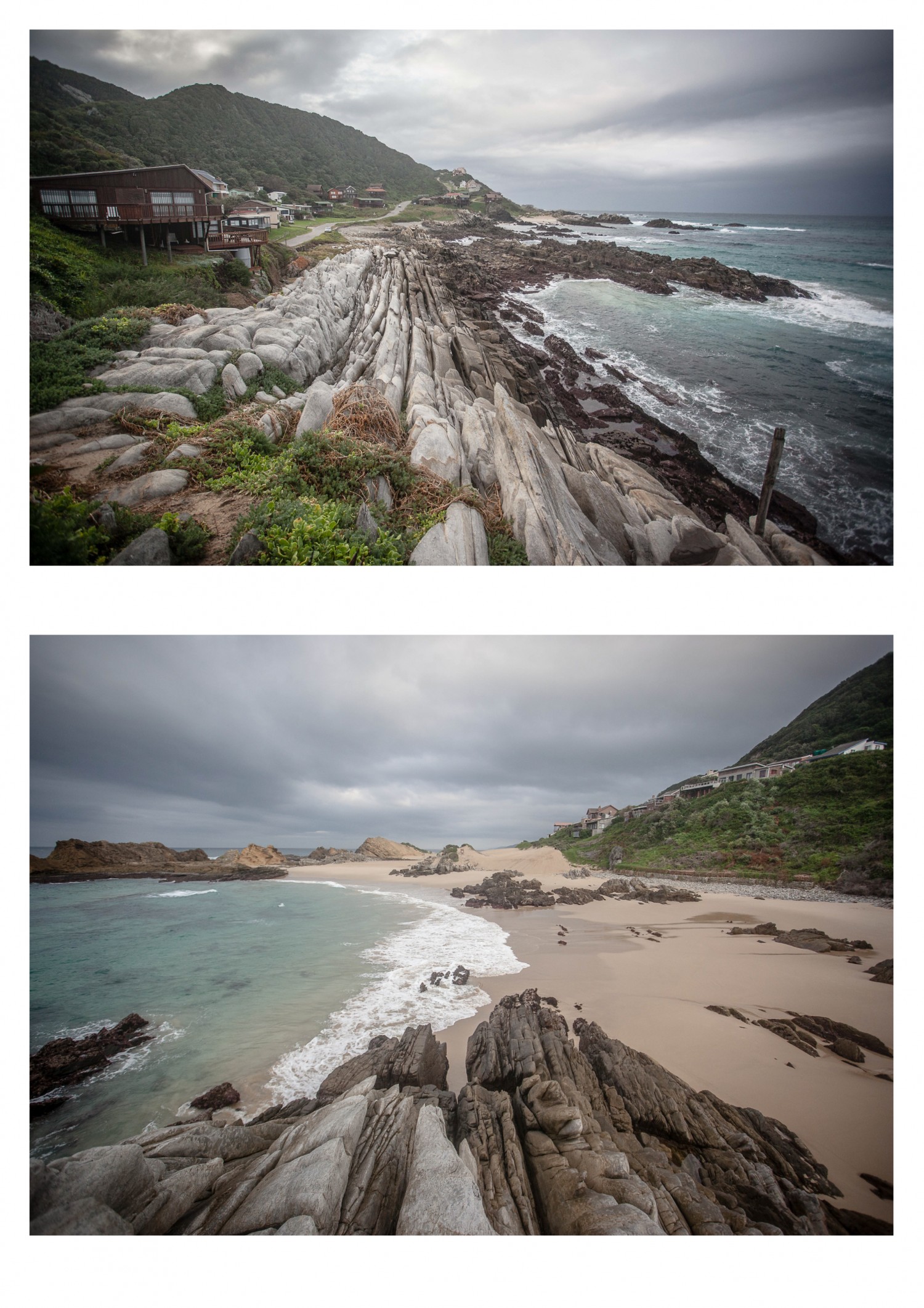 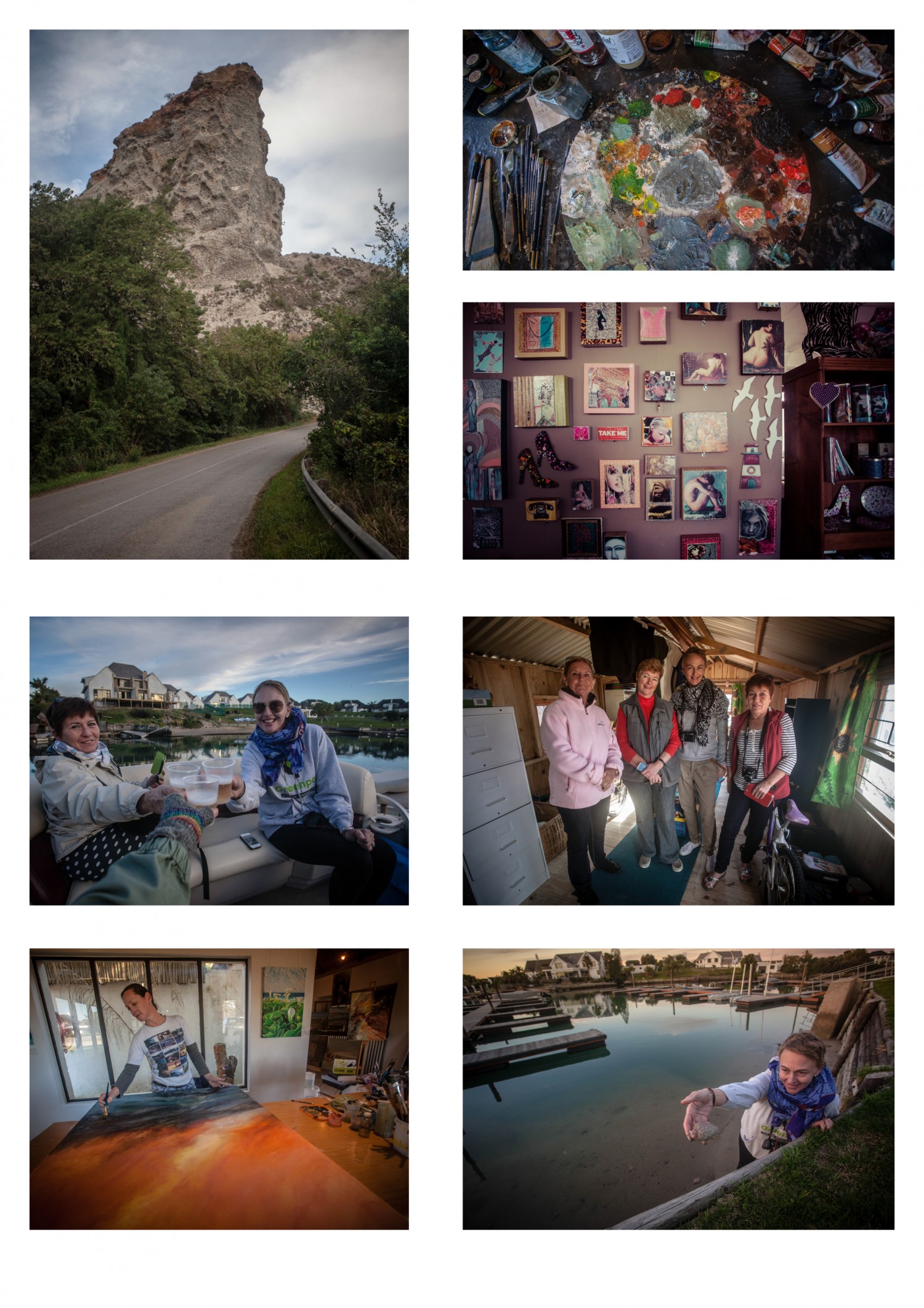 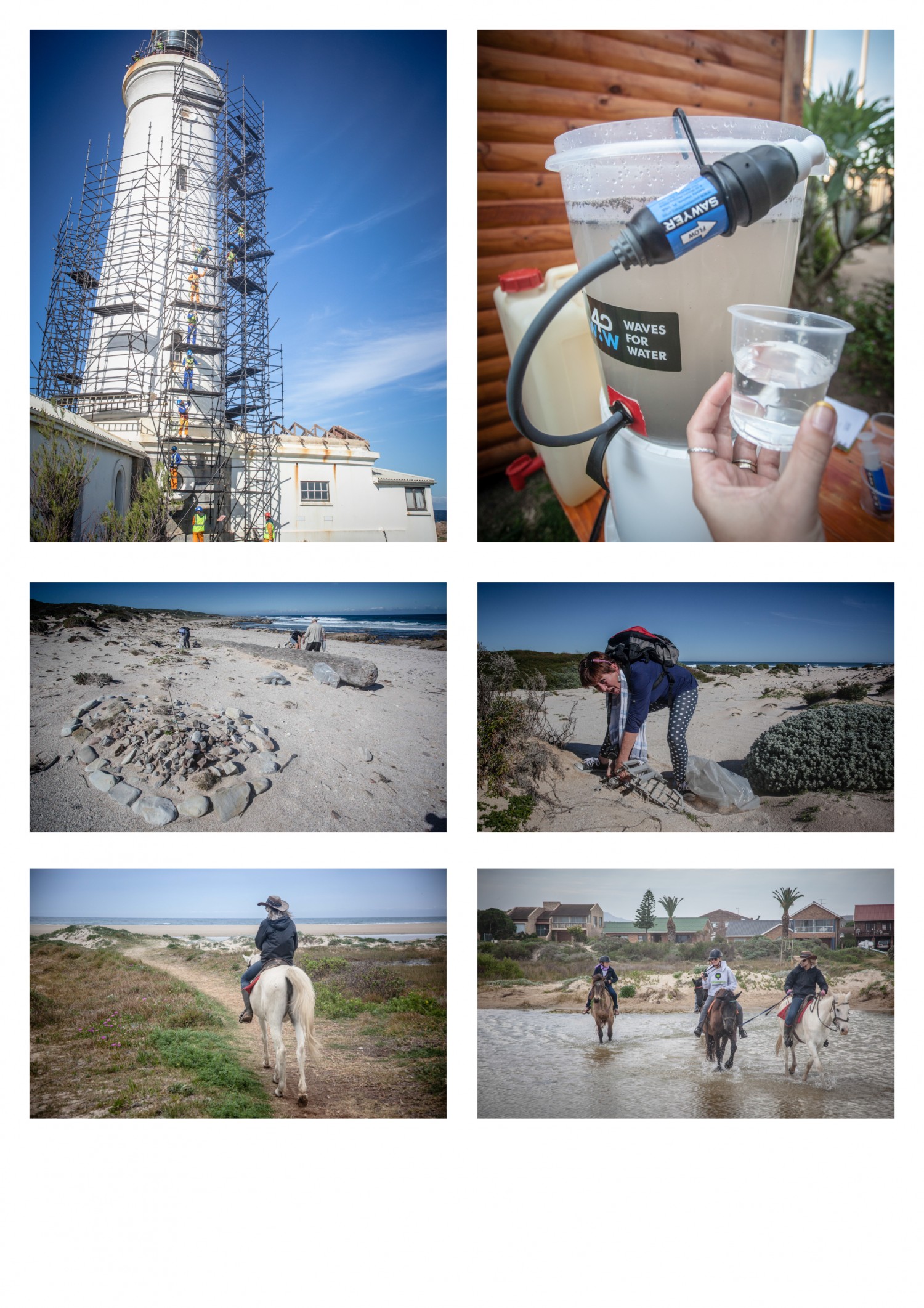 Finding the places in our wonderful Mzansi that are interesting and off the beaten track. Drive a bit, walk a bit, meet people, dance, read a map, get lost, take a detour, rest, party, huddle around a fire, take a swim, eat, laugh, get inspired and find out how much fun you can have on your Sho’t Left.

Do be sure to pop into the following places and have a chat next time you are in the area.