Route 62 winds its way up the Western Cape passing through the Paarl tunnel and skirting along the edges of the 170km Langeberg mountain range.  They call this road a “journey to the unexpected,” an alternative to the well trodden road from Cape Town to port Elizabeth that often attracts many a holiday maker. There is a claim that the longest wine route in the world sits between Tulbagh and Oudtshoorn, and I guess I can see that having some ground because just the short section that I went to explore for two days, closer to Cape Town, is continuously flanked by citrus and wine farms peeping over the valleys and hills.

‘Unexpected’ is exactly the kind of word I would use to describe my little jaunt out into the Langeberg area. We ventured into an excavated underground cellar at Weltevrede Estate, close to Bonnivale, for a wine tasting in the dark, a forgotten part of the farms history that was discovered by accident. Sometime in the late 50’s a series of wine tanks were carved out into the rock walls underneath Weltevrede farm to store up litres of red, sweet wine. Somehow the hidden vats of fermenting goodness fell into the back of the owner’s mind, and over the years the knowledge of these networks of chambers were lost in the history of the farm. It wasn’t until Phillip Jonker, the fourth generation to take over, and his team were cleaning one of the areas where they house barrels of wine that somehow a gap in the floor was discovered and the hidden tanks revealed. They potentially have a field of hidden wine cellars under the ground, and excavation is ongoing. But in the meantime you can sit inside and enjoy wine parings without the usual distraction of the typical vistas you would find on most wine farms in the Cape. As beautiful as it is to look at perfect blue skies and rolling vineyards, it’s always welcome for something a little different, and I can’t think of anything more unusual that cave wine drinking. 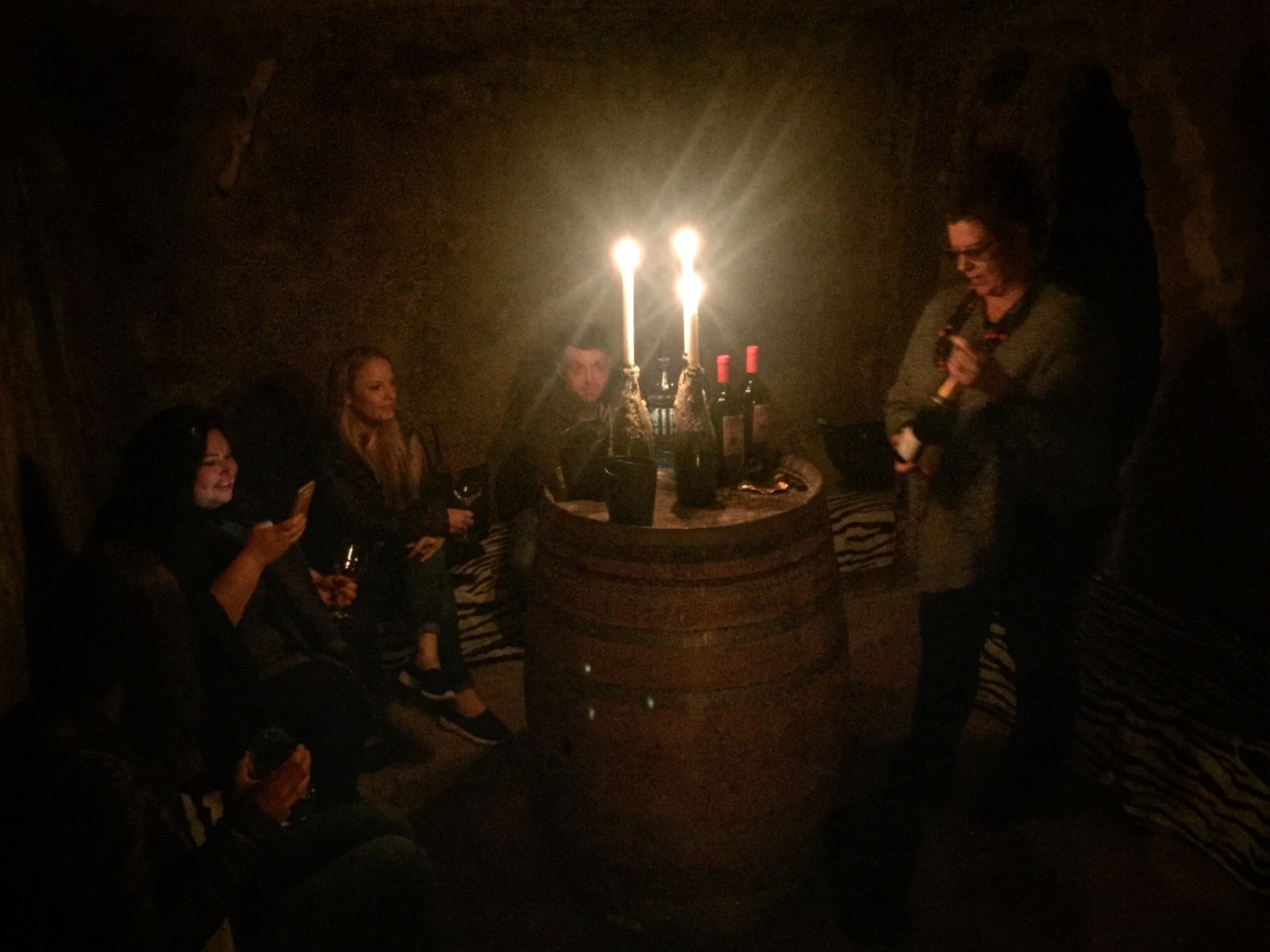 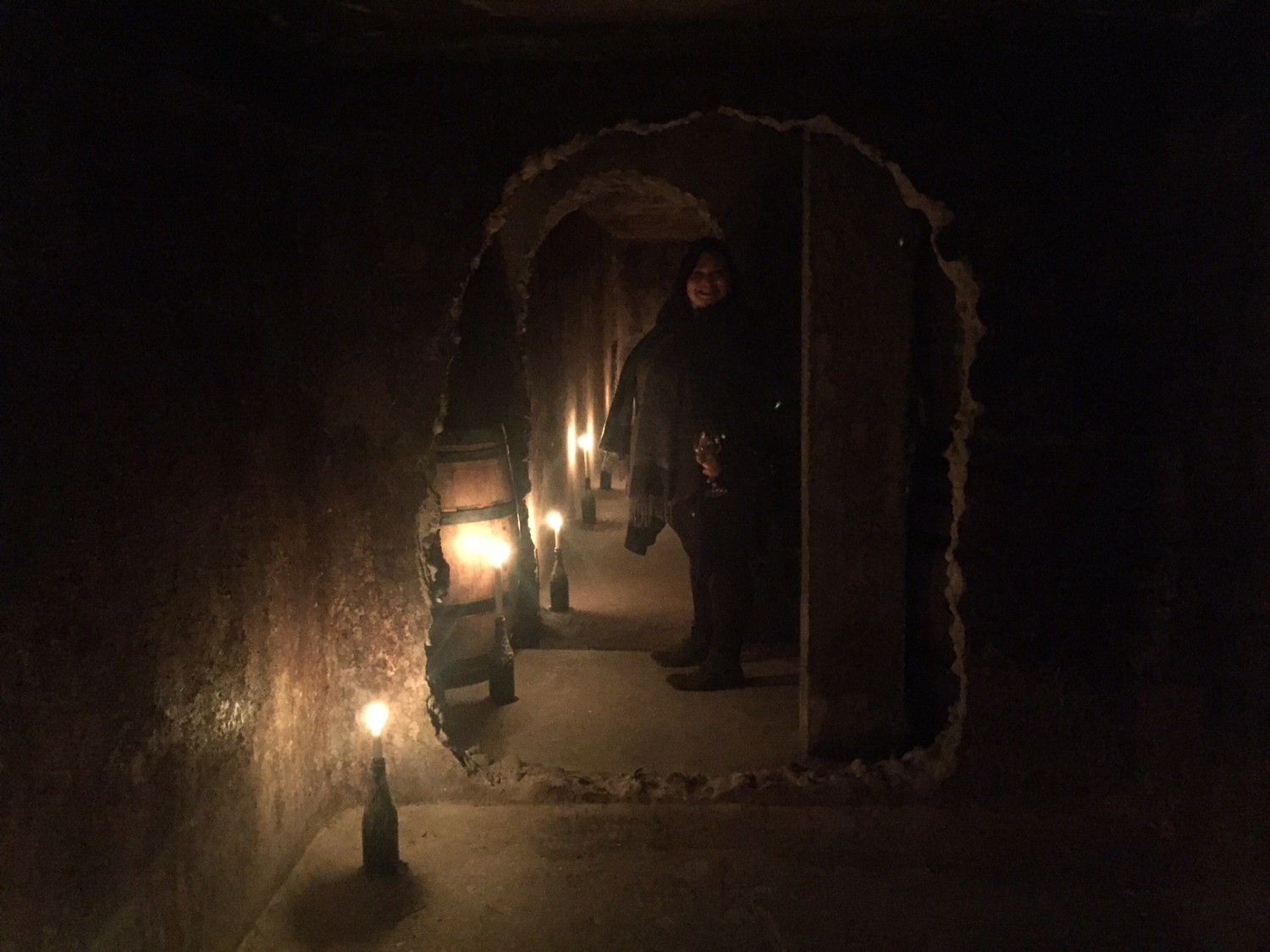 This entire area has a fascinating history. From the road to nowhere in McGregor to Robertson’s status as South Africa’s first irrigation district, there is a deep connection with agriculture, fruit and transport that connects each of the little outpost villages and towns. I discovered that beneath each farm, hidden in the citrus trees and nooks and crannies of the barrels of wine and berry farms, there is a lot more to Route 62 than just a pleasant drive.

At Wildebraam berry estate liquors are hand made and pressed into row upon row of bottled preserves and slim bottles of delightful hard tack with flavours like Peppermint, lemon, rooibos and chocolate chilli. Wildebraam forms the central focus of the Swellenberry Weekend Festival, where you can race though the farms, dance the skoffelsbessies dans, pick and get pickled or berry brunch under the shade of a farm tree. And if that all gets a bit to sweet for your taste, around the corner is Excelsior estate, what is now wine, was once home to one of the most successful ostrich breeders in the Robertson district. Back in the early 20th century ostrich plumes were all the rage with those looking to prance and pronk in high society haute couture. Jacobus Stephanus de Wet, who inherited the farm from his father saw this market potential and launched a massively profitable business sending ostrich plumes over to England. He created a small empire and displayed his new found affluence by building houses and farms in a Cape revival style known as 'feather palaces' , a Victorian structures embellished with Cape Dutch gables and filled to the brim with ornate European furniture. It all ended with the invention of the motor car and space inside these new modes of transport not conducive to large, feather brimmed hats, so the farm resorted back to cultivating wines. 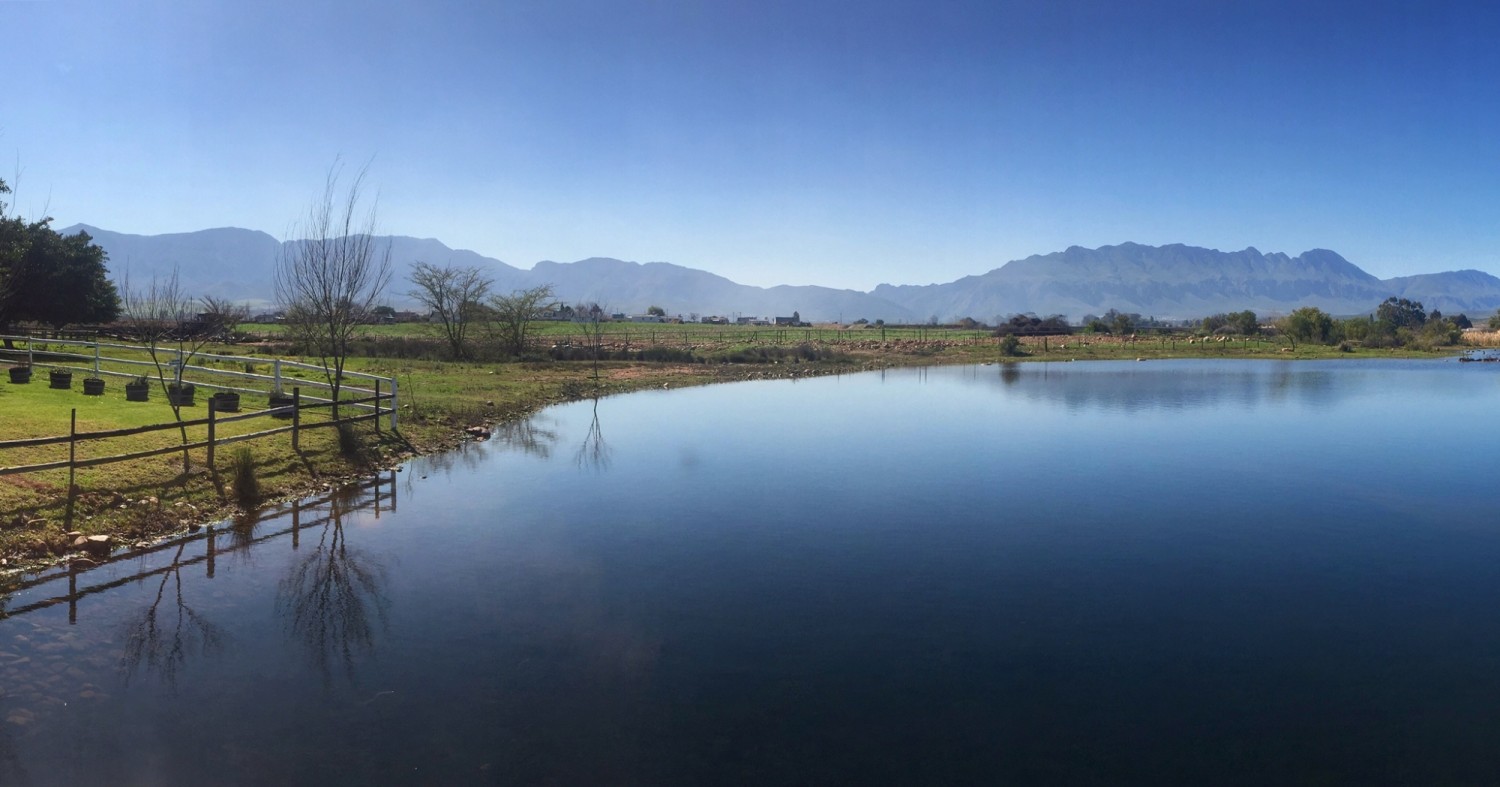 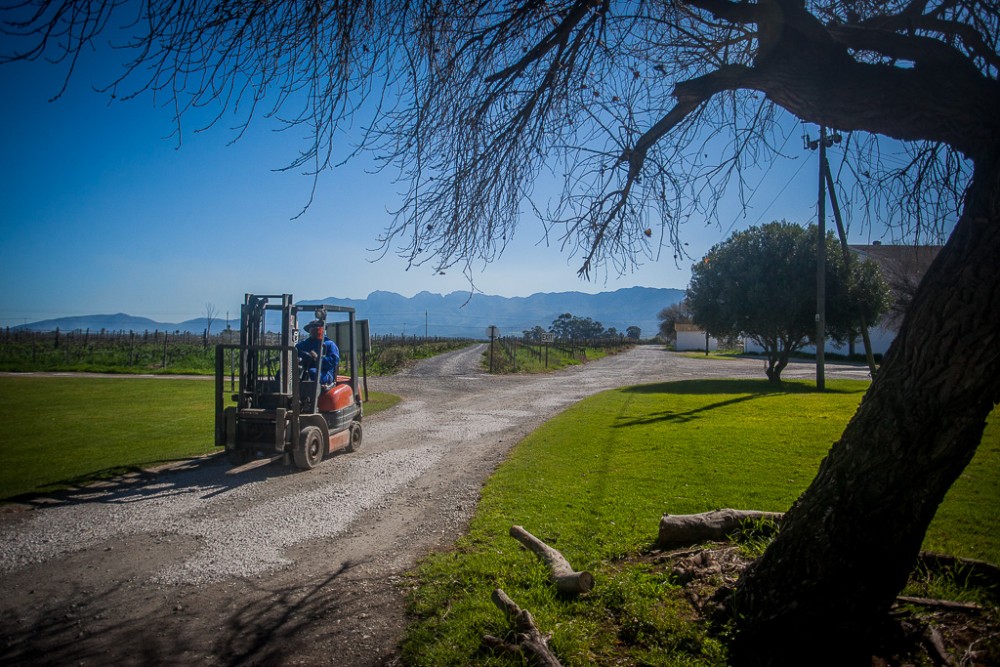 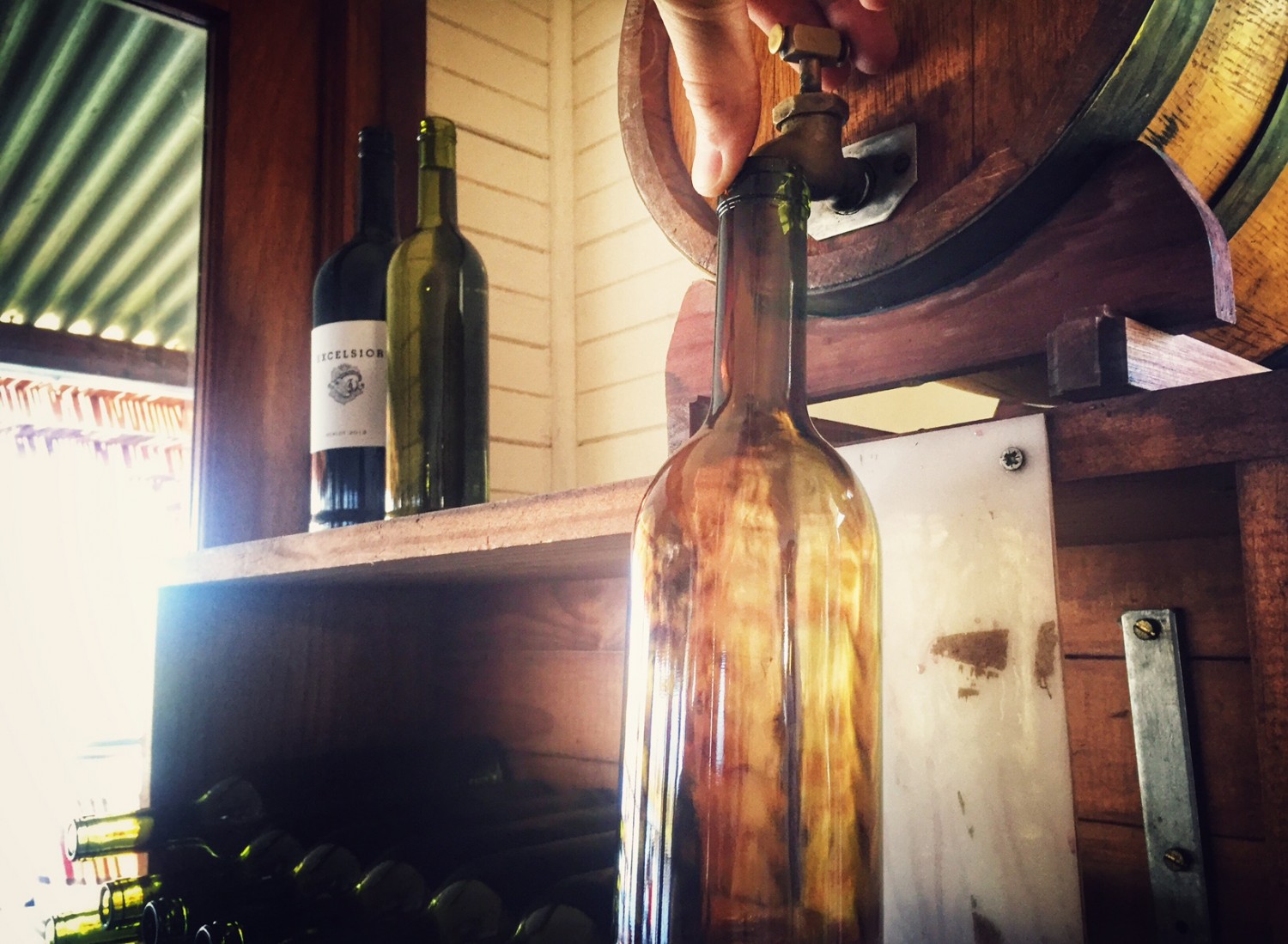 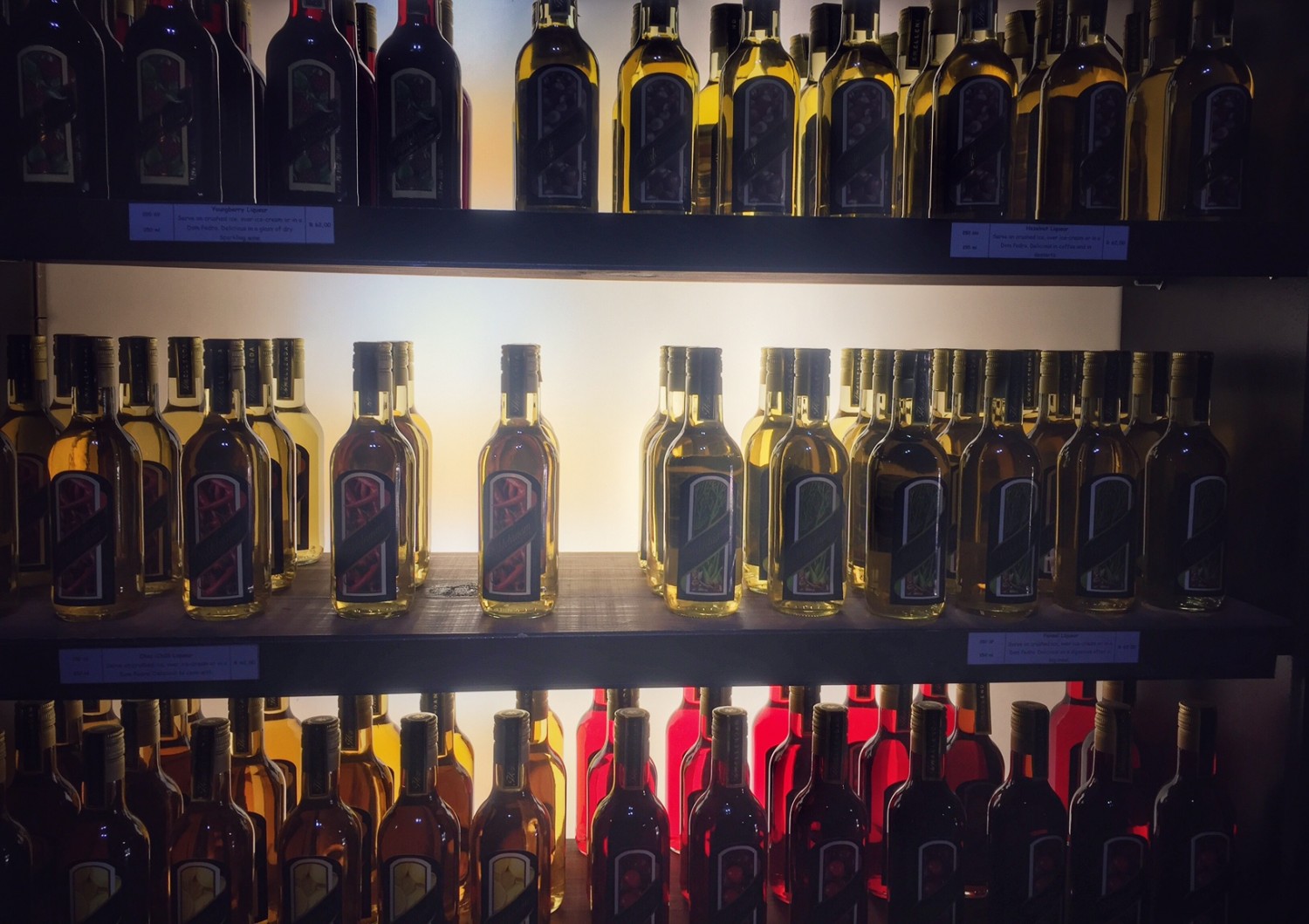 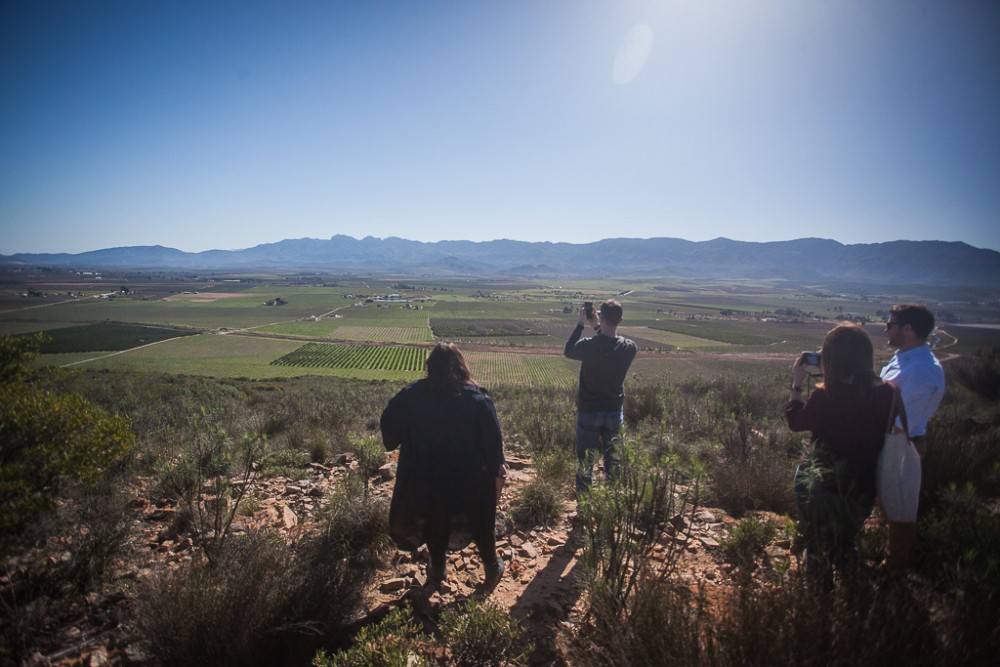 Found along the bend in a road heading towards Swellendam in the southern tip of the Robertson wine valley is Jan Harmsgat. Established in 1723 a little bit of digging and I find out that in the farms history is peppered with tales of eccentric owners one who, after being riled up in a legislature meeting, took an axe to the vineyards surrounding the main farm house and planted a host of orange trees in their place. Another owner, a famous hunter, had his hunting career cut short when he was attacked and mauled by a lioness and soon after lived out his days under the watchful eyes of his 190 grandchildren. The farm is now home to orchards of fruit, nut and olive trees as well as a restaurant serving up some incredible dishes and wine to match. In the evenings, sitting around the bonfire amidst the orchard trees I can still imagine I hear the sounds of a roaming lioness…… it’s this area, it does something to your imagination. Jonty, our driver on a game drive we took up to the top of beautiful hill with sweeping sunset views over the Langberg mountains told us all about the shrubs and flora of the area. A particularity fun one being the Karoo num-num. “If you are out in the bush,” Jonty says with a laugh, “and you see a lion, you jump straight into this plant.” He crooks his head to the side and crushes a piece of the num-num branches in his hands, their thick thorns peering menacingly between the lush green leaves. “Personally, I'd rather face down the lion” he says. 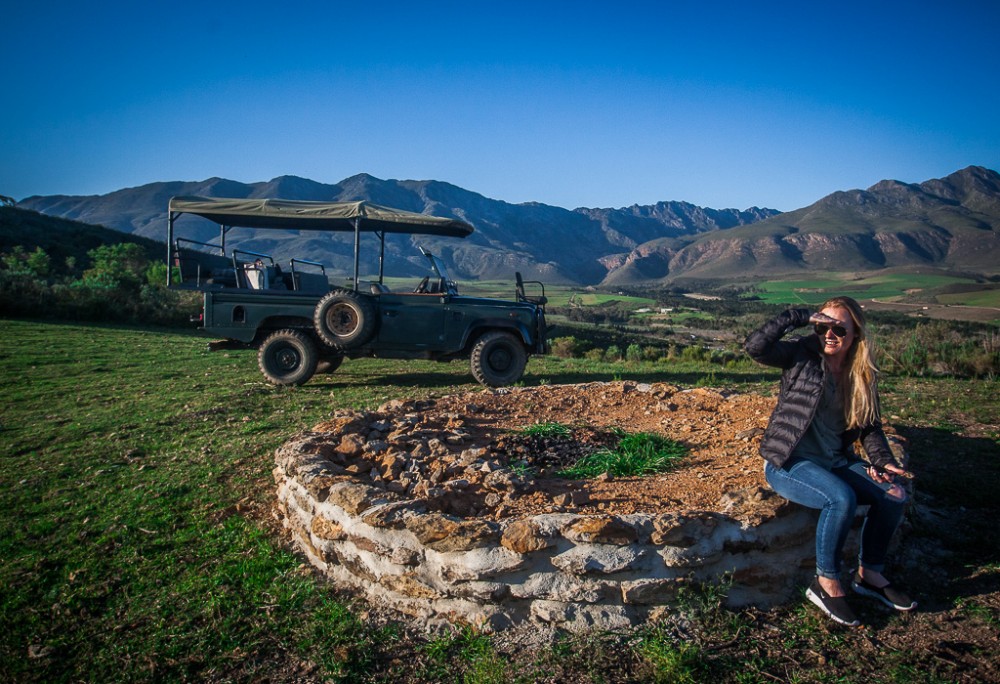 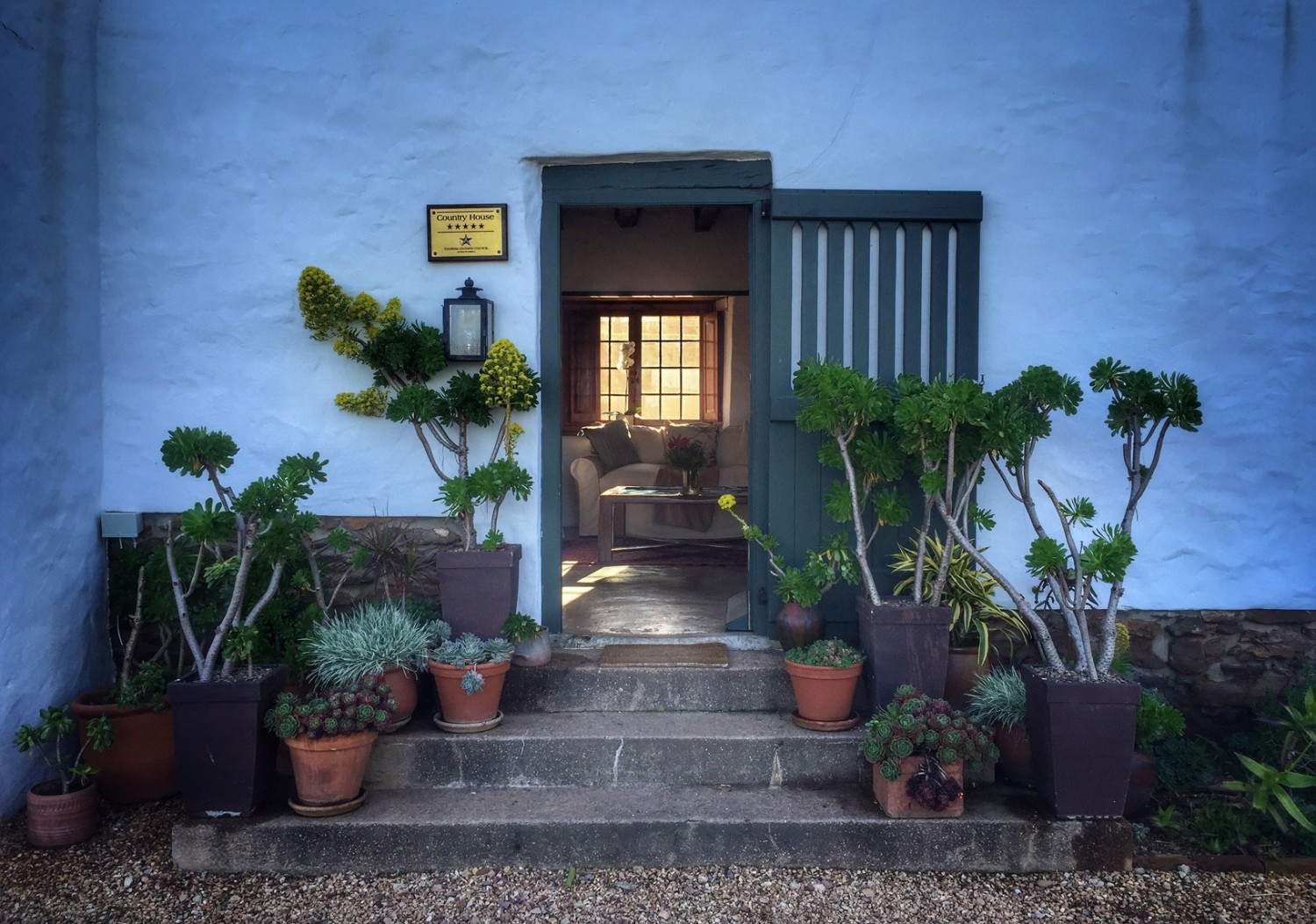 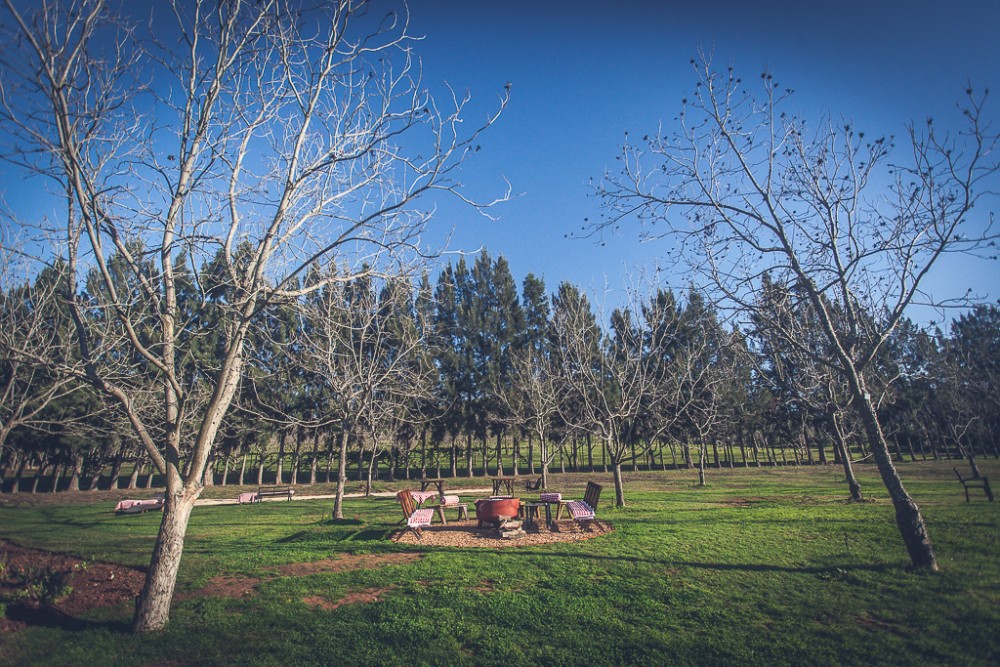 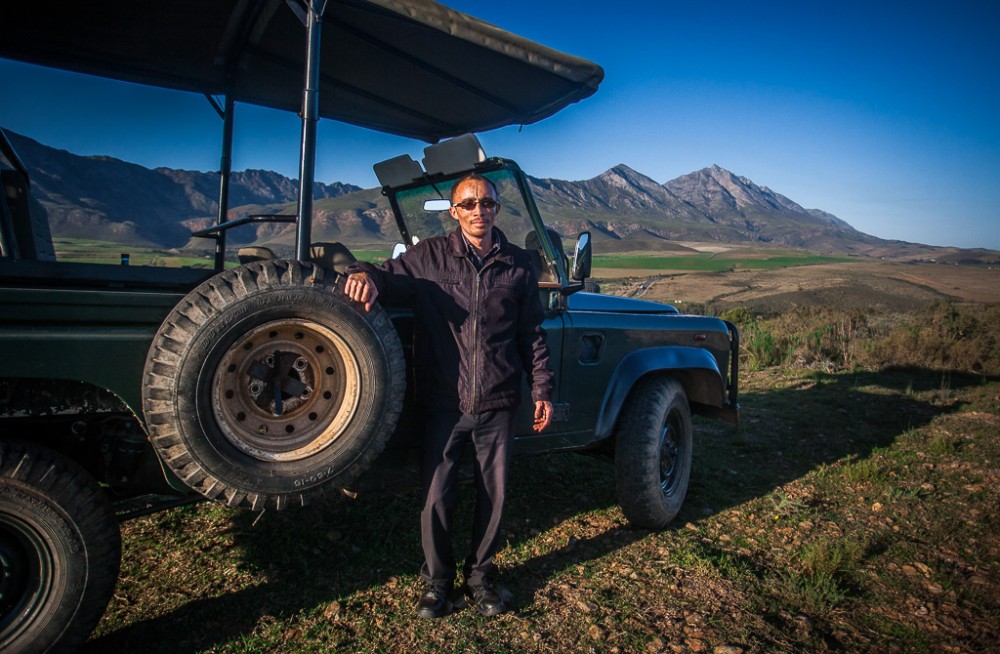 The real gem was spending a night in Montague. I have heard of this town before, mostly because of it’s connection to the famous Health spas and mystical ley lines that traverse across the main roads. That, and they have the only road sign in South Africa that has a cat on it. Apparently the story goes that the popular town cat, whom everyone loved and adored, was accidentally run over while crossing the road. A sign was erected in the very spot the poor feline met his/her demise and he/she was buried underneath. It’s a one of a kind in the country, and that is befitting of this one of a kind quirky little town. It is as if Montague forgot that it’s 2016, preferring to inhabit everything that would make The Great Gatsby smile with delight. Between the quant local pub, the fantastically named Burgundy Gherkin you spot the smooth lines, lavish decoration, geometric shapes and sometimes garish colour mixes that celebrate all things Art Deco, and none more so than the Montague Country hotel and the nearby Hot Springs. I almost half expected F. Scott Fitzgerald to pop out from behind the Hot Springs weirdly wonderful 1920’s styled construction or bump into him propped up against the Country Hotel bar.  It’s a trip back in time, and a trip well worth it. The springs themselves have their own myths and legends. Taken from Montague Tourism website the main tale goes like this; “according to our archives, the wagon on one such nameless pioneer venturing into the valley became stuck in the rocks of the river bed. In his efforts to free the wheels, the trekker’s hand was so badly injured that his party was obliged to pitch camp in the vicinity of the present-day Montagu. They drank of the clear, odd flavored water, found it wonderfully refreshing and traced its course through the Kloof where they discovered the hot spring. The injured hand, bathed frequently in the warm water, healed miraculously. News of the healing water was soon spread by word of mouth and as a result the sick and ailing visited the hot spring, sometimes from as far afield as 50 miles, which was a considerable distance to travel in those days.”

The pass through Cogmans Kloof that leads into Montague may be under some heavy construction, but it has not got in the way of the views of the area. We take a vintage1956 Cadillac Sedan De Ville up towards a lookout point with the perfect winters evening sunset for company.  A few of us are sleepy and yawing as we descend back to the sanctuary of Montague Country Hotel, but apparently this is taken as a very good sign. According to some, Montague is an area where strong magnetic lines of energy traverse through the streets and hillsides. At least all that magnetic energy does not seem to affect everyone that visits, as this is also a premier mountain climbing destination in the area, and I would hate to think of all those climbers between the Langeberg and Riviersonderend mountain ranges battling both their physical and mental fatigue.

Where the beauty of this area really shines through is in the fascinating people that call it home. I may have only been fortunate to explore for two days, but the warmth and hospitality of everyone made a big impression , one that will see me gathering up my bags and ensuring that I make this section of Route 62 a part of my weekend away plans. 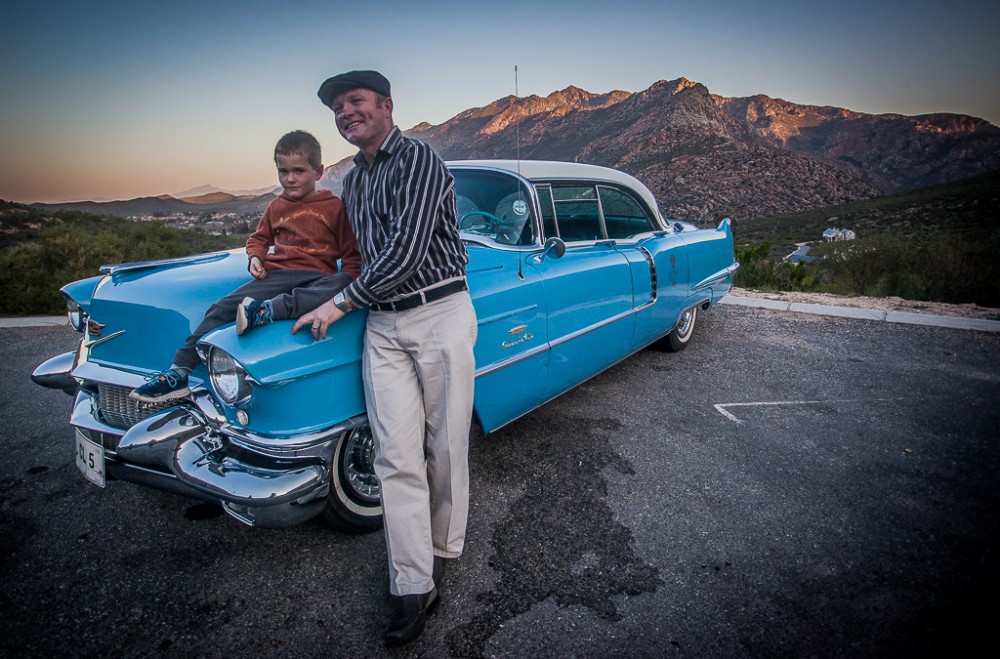 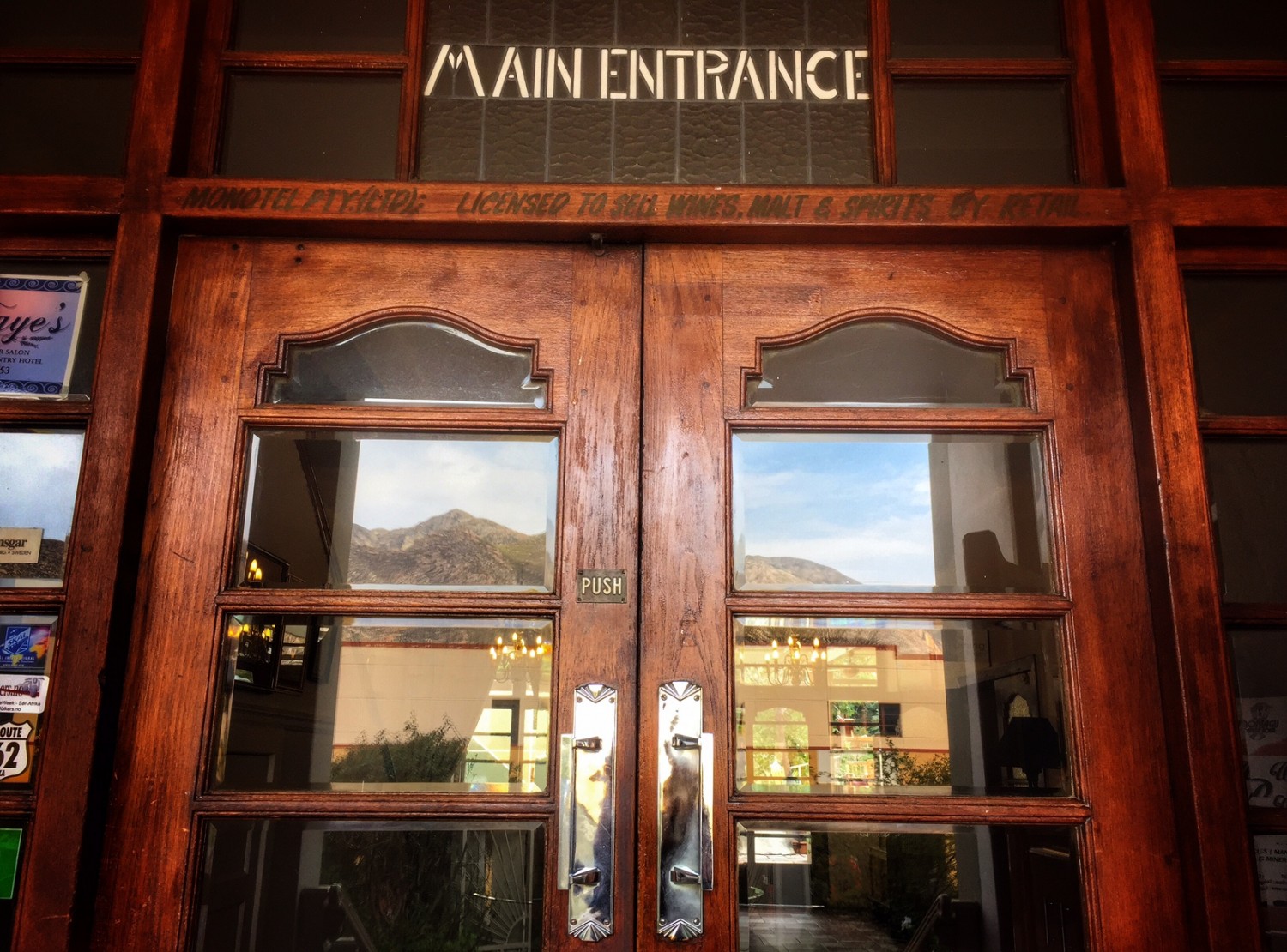 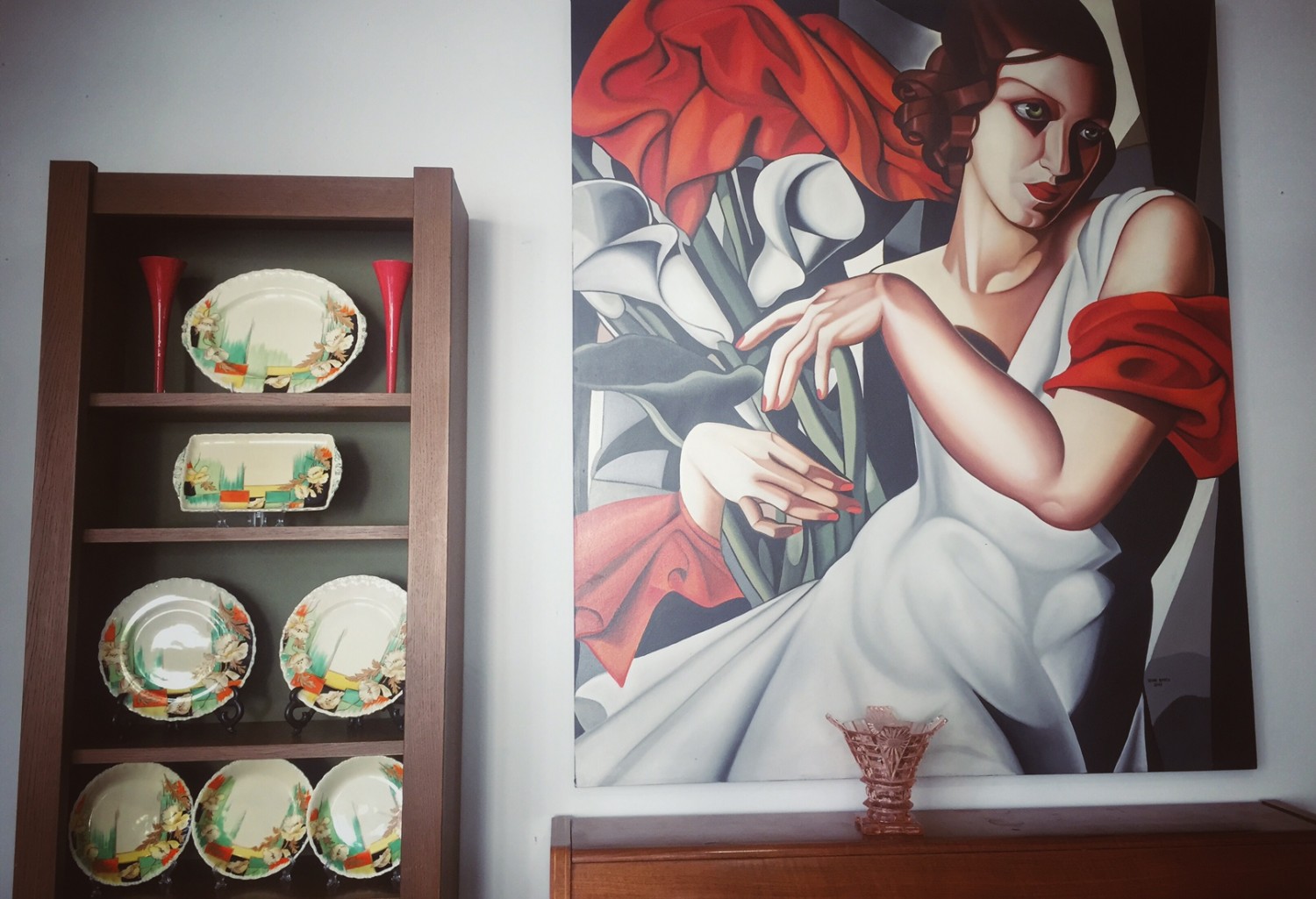 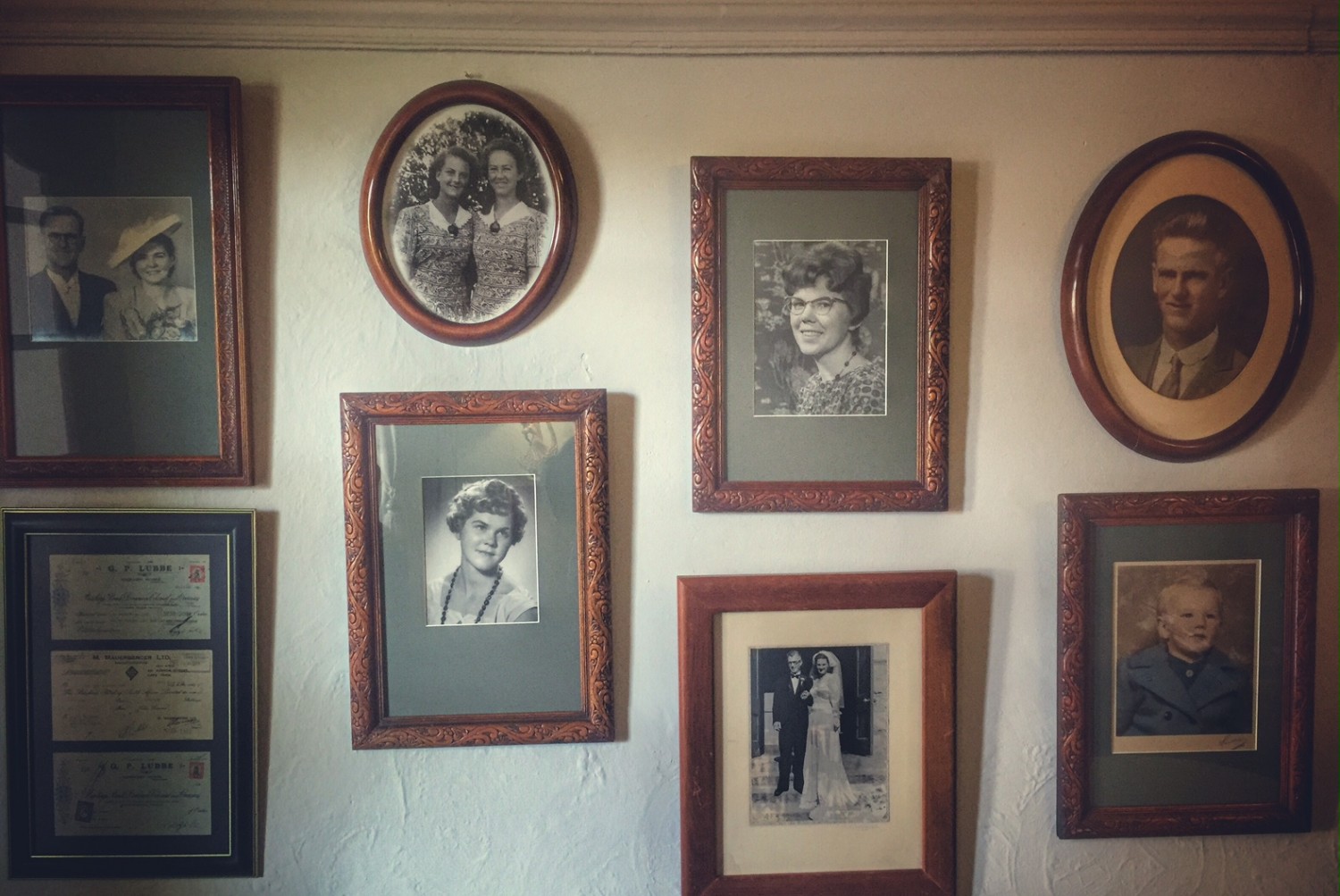 Media Educational was put together by the talented  Hot Oven Marketing , opinions are all my own. 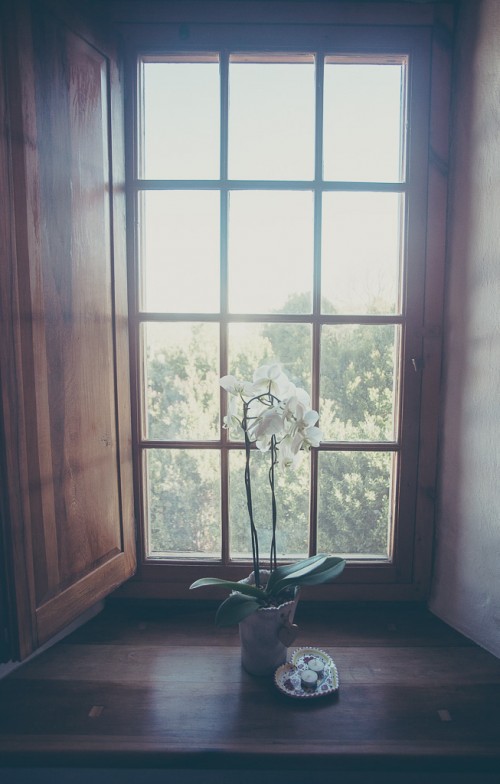