Guest Blog: Darwin and the Lost Art of the Naturalist

Charles Darwin to me typifies perhaps the ideal scientist, one who had the time, ability and seemingly unfettered opportunity to study many different aspects of the natural world. Perhaps I long for some lost idyll of the “gentleman” (or gentlewoman?) scientist – one for whom attracting competitive research funding never even entered their mind, who had the freedom to pursue their research as and where their interests lead them, with a steady income not dependent on conventional employment. Dream on buddy…!  Words and all other manner of thinking by our guest blogger James Stapley

Darwin is undoubtedly most famous for his seminal theory of evolution, but his publications spanned a huge range of interests across the natural world, from geology (particularly of coral reefs) to a long term fascination with barnacles, orchids, insectivorous plants, and much else besides. He wasn’t afraid of a really long-term experiment either, like his worm stone. Other scientists may have equally impressive publication records – at least in number – but I doubt anyone “modern” approaches the breadth of topics he covered[1]. Certainly, I doubt Darwin spent very much time at all dealing with bureaucracy or administration, unlike most current researchers!

Of course, in the modern world, very few of us have the luxury of an inherited estate of sufficient magnitude (or an extremely generous benefactor) to support such a lifestyle, nor the increasingly expensive nature of much research paraphernalia. But far from the enviable latitude such a position lends one in life, perhaps the greatest danger in the ever increasing race to specialise more and more, often in increasingly obscure fields, is that we risk losing the “big picture”.

From an age when a naturalist would study anything and everything of interest, we now have researchers who might spend their entire career working on so small a topic as a single species or even a single enzyme system. Whilst such a depth of knowledge can be absolutely invaluable, many of the “important” questions, particularly at a societal level, are really “big picture” or “synthesis” overviews of not only many different scientific disciplines, but also benefit from the input of social, economic, political and even “humanities” disciplines. In an era where we have so many specialists, most of whom can scarcely understand the jargon of the research group down the corridor, where are the generalists who can help us pull together these separate threads and weave them into a richly informative tapestry?

Even the publication style that the modern research “industry” seems to encourage increasingly drives this fragmented approach. There is little room for the grand treatise or synthesis (the odd exception, like IPCC reports, aside) – modern publication is overwhelmingly dominated by many, very short, highly focussed papers, often many from the same research team on very slightly different aspects of effectively the same research question (and often from the same data). Publish or Perish, Research Output Volume (measured by number of publications – the accountant’s metric of scientific “productivity”) encourages more and more of this “mini-paper”, “same data, slightly different angle” approach.

This fragments the research landscape still further, with each paper more of a single pixel, rather than a complete photograph. Piecing together a coherent picture from all of those tiny dots of information might be likened to doing a gigantic jigsaw puzzle with the back of the pieces, in the dark, where many of the pieces are duplicated (or missing), and where there are no straight edges to help you out!

Funding agencies generally like to see a depth of research (and occasionally strong citation of that research) on a particular topic, or obviously related research avenues. I strongly suspect many of them would not positively review funding requests from a researcher with as varied a research output as a modern day Darwin. This perhaps suggests that “generalist” scientists will never be those that attract high “career researcher” ratings. Perhaps they’ll be more likely to lurk on the scientific “fringe” – people like science bloggers, journalists, and “hobby” researchers. Some of them might ultimately collate a lifetime of observations into one or more significant books – but this seems a remote possibility.

Certainly, more than ever before, we are facing unprecedented societal and environmental challenges many of which need a “big picture” to tackle; we need to ensure researchers are well equipped to communicate their research to the public. With most science now ultimately funded by taxpayers, it’s perhaps a moral obligation to ensure that society is able to reap the intellectual rewards of their investment; all researchers should be “science communicators”. But we must also to ensure research outputs are made available in ways that encourage and enable “big picture” research to be done, through meta-analysis, data-mining and other emerging “big data” tools – the last place research should end up is in an Excel spreadsheet on a long lost floppy disk at the bottom of a filing cabinet. But we also need people (perhaps my idealised “specialised generalists”) who can ask the right questions, place research into context and make that information count.

How can we create such skill-sets in at least some of our researchers? Am I alone in thinking we’re desperately short-staffed in this regard? Would Darwin (or Wallace) ever have been able to create a theory of evolution as complete as it was without a lifetime of accumulated observations across many diverse fields – an experience all too rare today? What seminal theories are we missing while we focus with laser-like intent on smaller and smaller fractions of the world at a time?

Perhaps it’s time to return to what was once known as a “Naturalist”, or encourage some “Specialised Generalists”!

A list of Darwins publications and their wide-ranging topics is available at http://darwin-online.org.uk/contents.html

1] Of course, it can be argued that publishing earlier in Science makes it easier to be “ground breaking”, and that earlier eras had less onerous publication requirements and required less detail. Still, I think the important point to be made is that we need to consider is the need for generalists, rather than specialists, which I address later at length. 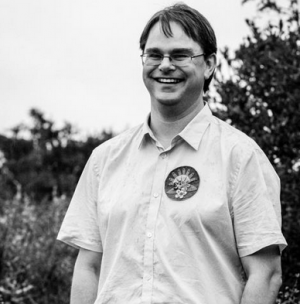 James longs to be a specialised generalist. A nomadic youth spanning three continents and a severe case of acute biophilia left him wanting to know far more about the natural world. By way of an undergraduate degree in Marine Biology (with an Honours specialising in snails teeth) and through postgraduate misadventures in fish taxonomy and a brief flirtation with coelacanths, he currently works for the UNDP supported GEF funded ASCLME Project, www.asclme.org, which aims to equip the nine countries of the western Indian Ocean to answer "big picture" questions about the ecosystems goods and services on which their people and economies depend. Much of the time he wrangles words, computers and networks, but if he's really good is sometimes released out into the wild to look at some fish or play with expensive oceanographic toys. He owns more camera equipment than is allowed in airline hand luggage, primarily with an aim to remain on the right side of the lens - behind it. Occasionally, he lurks on Twitter under @Discus and really ought to do something about his website, which was last updated some time before the turn of the millennium - back when Netscape Navigator was the best browser around.